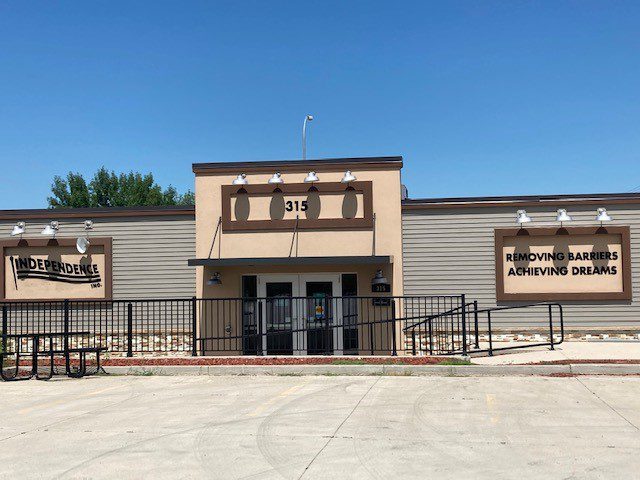 There are many programs within Independence Inc. that serve people of all ages, including one for senior citizens and one that allows elementary students with disabilities to sit down with an adult with a disability to see how they thrive in the community.

The first one, information and referral, Burlingame said is for anyone.

“We are an information source for anyone who needs it,” said Burlingame. “It’s available to anybody. You don’t have to have a disability for that.”

Burlingame said the third one, individual and systems advocacy, is divided into two parts.

“We don’t provide housing, but we do help with filling out applications and helping them find a safe place to live,” said Burlingame. “On the systems side, we’re trying to make the community more walkable and acceptable for people with disabilities.”

The fourth, transition services, has three parts: helping those in nursing homes to move back into the community, helping with beds and food, and help them get any home care services they might need.

“Part of our service is ensuring once they get there, they don’t come back to the nursing home,” said Burlingame. “The third part is helping high schoolers with that. Kids who are on Individualized Education Plans only graduate high school at a 65% rate across the board. Students who are part of our youth transition program graduate at a higher rate than their non-disabled peers, over 90%.”

The fifth one, peer mentoring, has to do with relating with those whom Independence Inc. serves.

“Over half of our board and staff and management staff are persons with disabilities,” said Burlingame. “We’re people that have been there, who have disabilities ourselves and are now kind of reaching back to help others. When you’re a teenager especially, you don’t want to be seen as being different, and that can be really hard on your confidence. My hope is that myself and the folks that work here can help provide them with an example so they can succeed, you can live a full life, and you don’t have to live in poverty, and not everything has to be defined by your disability.”

Independence Inc is funded through the state and federal government primarily, but also takes donations which help with projects such as the remodeling of its new building. Burlingame said donations are always preferred over grants because grants come with stipulations.

“Our services were growing so much,” said Burlingame, on why the organization moved into a new building. “We have 14 staff right now. Independence has been around for almost 27 years. We’ve moved around a lot. We decided we’re going to take charge of our building. This space has allowed us to be much more efficient and effective at serving people. Thanks to our granters, our services are always free to the individual.”

The next big fundraising event coming up for Independence Inc. is September 27 when Stephanie Land, author of the book maid, will be speaking.

“Her essential story is that she was homeless,” said Burlingame. “She was going to college, had a daughter and was in an abusive relationship. The book touches on issues of homelessness, poverty, domestic violence, and mental health issues. She was able to kind of get out of that through a lot of hard work.”

Proceeds from the event will go to Independence Inc.

Burlingame said it would take three times as much funding for Independence Inc. to fully serve everyone within its region.

“We recognize we can’t serve everybody,” said Burlingame. “So, what we try to do is to be effective as possible by helping as much as we can with the money we have.”

“We’ve essentially doubled our staff since that time,” said Burlingame. “I think these problems have existed before, but we’ve really been building programming to help with these needs.”

Independence Inc. does not require any form of proof that a person has a disability in order to help them.