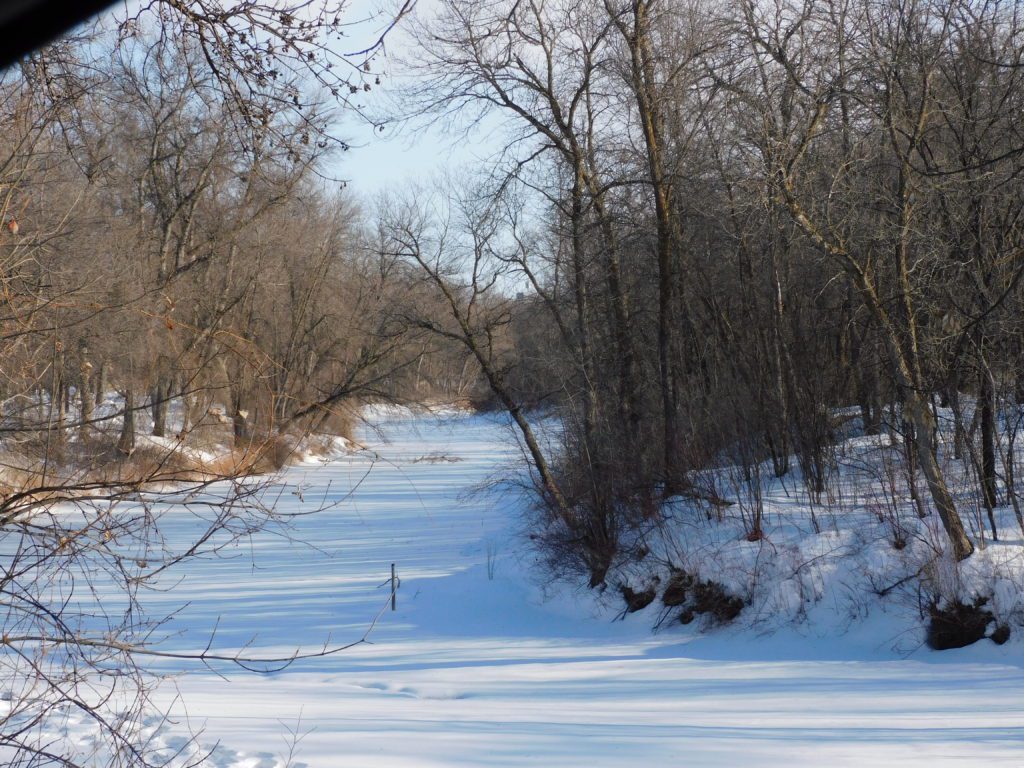 How much this winter’s snow will impact spring runoff in the Souris River basin is contained in the latest Flood Potential Outlook issued by the National Weather Service. [Photo: Kim Fundingsland/The Dakotan]

How much this winter’s snow will impact spring runoff in the Souris River basin is contained in the latest Flood Potential Outlook issued by the National Weather Service. [Photo: Kim Fundingsland/The Dakotan]

BISMARCK — The latest Flood Potential Outlook for the Souris River Basin contains no ominous forecast for high water for Minot and most all the basin. The outlook was issued Thursday.

“The risk of flooding upstream of Minot remains well below normal” concludes the National Weather Service, noting that “drought continues to be a long-term concern for the western and northernmost portions of the Souris River Basin.”

Natural wetlands throughout the basin are generally below their 10-year average levels, meaning they plenty of room to capture spring runoff. Reservoirs on the Souris are at or below their customary drawdown levels, so low that there is little expectation they will fill to their preferred summer operating levels.

Lake Darling, northwest of Minot, is at 1,592 feet. Summer operating level there is 1,597 feet with little prospect of spring inflow from snowmelt. And, says the NWS, “some of the lower snowpack areas are those above the major dams in Canada and there is reason to believe they will need help from spring rains to even have a decent chance of filling to desired summer water levels.”

Snow water equivalent in the snowpack is above normal in eastern Ward, McHenry, Bottineau, and Renville Counties, increasing the flood risk. The probability of reaching minor flood stage is greater than 95% along Willow Creek at Willow City and the Souris River at Westhope.

The next Flood Potential Outlook to be issued by the NWS will be on March 24.