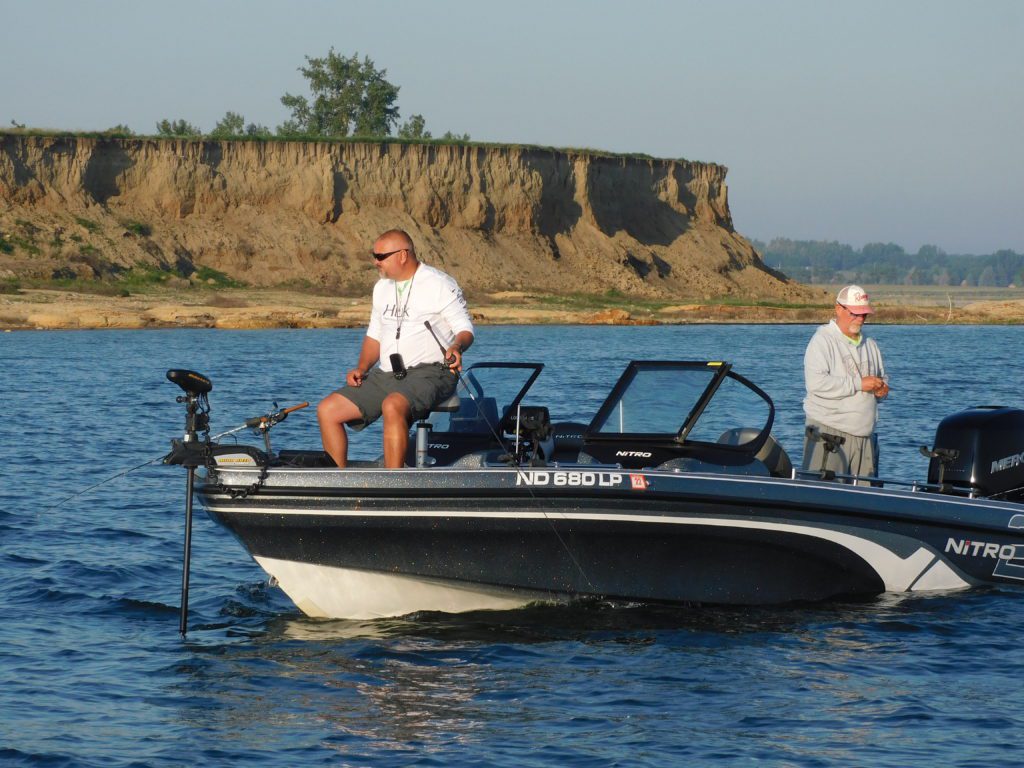 It’s been said that there is a time and place for everything.

The old adage holds true for fishing, as well, especially when it comes to well-meaning anglers practicing catch-and-release.

Generally, releasing a healthy fish is a noble – and good - act.

It’s just that it’s not always the best for a fish, especially if an angler reels it in from depths of 25 feet, is severely injured, or bleeding from the gills.

Granted, North Dakota has numerous lakes shallower than 25 feet. But when fishing lakes such as Lake Sakakawea, working deeper water is common as summer heats up in August.

It’s the time of year when fish and anglers alike head into the “dog days”. Water temperatures warm up. Species such as walleye tend to go deeper.

And that means anglers follow, oftentimes switching from spinners to crankbaits.

The problem is fish coming from deeper depths likely won’t survive if well-meaning and well-intending anglers release them back into the water. The best advice from the N.D. Game and Fish Department is anglers should be prepared to keep a fish and chalk it up in their daily limit if caught in 25 feet of water and deeper.

It doesn’t matter if it’s a walleye, skipjack, northern pike, perch, or salmon.

The reason for the recommendation to keep those fish comes down to their physical makeup: Fish can experience barotrauma, a condition occurring when fish in deep water are brought to the surface quickly and gases in its swim bladder greatly expand. It typically occurs at the 33-foot depth.

Anglers should keep any fish if its eyes, vent, or stomach is protruding or expanded because those are indications of barotrauma. The bottom line: When fishing water deeper than 25 feet catch-and-keep is the recommended practice.

Never “vent” or “fizz” a fish in an attempt to save it and release it into the water. Instead, it’s simply best to keep it and enjoy it as a meal – large or small.

The reality is fish will die if it suffers from barotrauma. Releasing it simply wastes a valuable resource.

Studying catch-and-release trends is an interesting reflection on changing times. Decades ago, fishing was a recreational activity providing food on the table for many anglers. Catching a fish of any size or type meant it was going to be kept and eaten.

That fish provided a family meal – and there were fewer fish years ago in many North Dakota lakes.

Back then, pike and bullheads were species most commonly on the table. Nowadays, if it’s not a walleye, it’s not a keeper for many anglers in the state.

Society is changing and fishing is more of a recreational activity. With so many walleye of different sizes in many lakes, anglers can be – and are – more selective of what goes into the frying pan.

North Dakota typically doesn’t have many regulations relating to catch-and-release for most species. It’s more of a societal issue than biological in the state. That’s because fishing pressure isn’t as great in North Dakota compared to some other states – even if at times it seems there are a lot of anglers on the water where a person wants to wet a line.

Nowadays, many anglers opt to release larger walleye rather than keeping those 5- or 6-pound fish – and larger.

When it comes to perch, anglers tend to use a 9-inch-length as a benchmark as to whether or not it lands on the dinner table or swims another day: Less than 9 inches, it oftentimes swims. More than 9 inches is often a perch dinner.

One area catch-and-release is regulated, though, is July and August walleye tournaments. Unless a tournament format provides for immediate on-the-water release, any walleye caught during those months must be kept – it’s too hot for fish to survive in a live well.

Plus, some species such as muskie have a minimum size limit – 48 inches, in fact – and those less than that need to released.

Basically in most instances, though, catch-and-release is an angler’s choice. As we enter the Dog Days, fishing deeper water tends to be more common, especially on Lake Sakakawea’s “big water”. When a fish isn’t healthy enough to survive, it becomes a wasted resource – whether it’s early season and the fish is severely injured or it’s coming from depths of 25 feet and more, Dog Days or not.