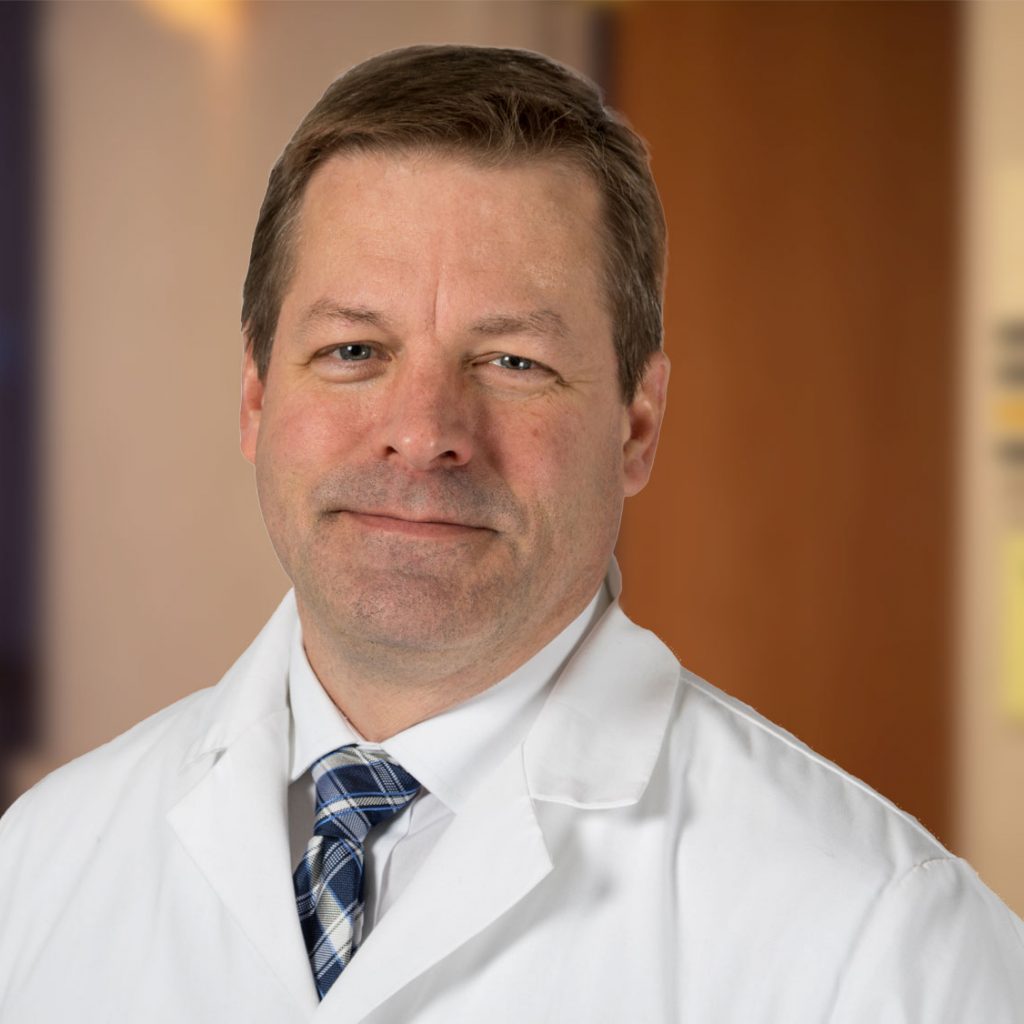 Dr. Knutson was selected by his peers and confirmed by the Trinity Board of Directors. Knutson will occupy the position previously held by Jeffrey Sather, MD. Sather will continue to serve as immediate past Chief of Staff. Also elected to serve on the Medical Staff Executive Committee were Casmiar Nwaigwe, MD, vice chief of staff; and Timothy Bedell, MD, and Chittaranjan Routray, MD, both members-at-large.

Dr. Knutson will lead a medical team of over 250 primary and specialty care providers serving residents of Minot and northwest North Dakota. As chief, he’ll assume a leadership role in efforts to ensure quality medical care and will be a key leader in reviewing care processes and advising the health system on ways to improve clinical programs and services.

“It's an honor to be elected chief of staff,” Dr. Knutson said. “This is a great opportunity and comes at an exciting time when we’re preparing to open a new healthcare campus and medical district that will help us achieve higher levels of quality in a facility that is patient and family centered.”

A graduate of the University of South Dakota School of Medicine in Vermillion, Dr. Knutson practiced at Minot Air Force Base from 1998 to 2002 as a flight surgeon for the 23rd Bomb Squadron. He completed his Family Medicine residency at UND’s Center for Family Medicine - Minot, where he received both the William J. Buckingham NDAFP and the Minot Community Preceptors Family Medicine Resident of the Year award in 2004.

In 2005, Dr Knutson joined Trinity Health and continues to practice as an emergency physician. He has served in numerous leadership roles and committees, previously serving as Chief of Staff from 2014 to 2018, and he continues to serve on the Board of Directors. Dr Knutson is also a clinical instructor with the UND School of Medicine and Health Sciences, most recently serving as campus dean for the NW campus. He is proud to be part of the CoC Military Affairs committee and Hon Commander of the 5th MDG Support Squadron. He’s married to Shannon Knutson.