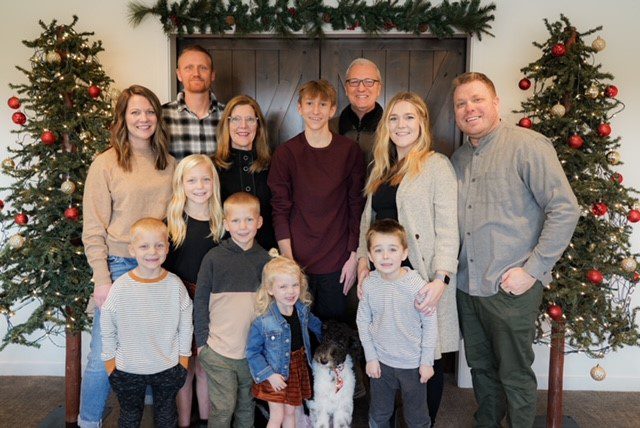 When asked about her thoughts on when he was first elected for a federal position, she said, “When he went to congress he was well informed on energy, probably more than any other congressman.”

Cramer said she was supportive of her husband running for the House but not the Senate, at least at first.

“We were convinced, let’s say that, after three phone calls from the President,” Cramer explained. “Donald Trump brought us into the office, Harold Ham called me to try to convince me that Kevin should run, and many people. Mitch McConnell brought us in and said that the polling that they had done over the past year showed that Kevin was the only one that could beat Heidi Heitkamp, and so I finally gave in.”

Cramer said it took three years for her to get used to her husband being in the House, which was a lot more consistent with its schedule than the Senate.

“The Senate is pretty different.” Cramer explained. “He leaves Monday or Tuesday, comes back on a Thursday or Friday. In all the six years he was in the House, they rarely broke from what the calendar said.”

Cramer said the Senate has a lot more rules to where it has to finish what was started with impeachments, Supreme Court nominees, etc.

“There’s been a lot of times where they’ve worked two weeks in a row without a break,” Cramer said. “So that’s the difference for me. He likes being in the Senate, he feels like he’s got more influence for North Dakota. I liked the personality of the House.”

There are also some positive aspects about the Senate, according to Cramer, such as spouse lunches and book clubs.

“The House is different in that when you’re from North Dakota there’s only one congressman, and so you don’t have automatic friendships with other spouses because there aren’t anymore,” said Cramer. “That is the good thing about the Senate, you know, there’s only two from every state, and not that many spouses go to Washington, probably twenty at the most, so you do get to know people a little better.”

Cramer said she used to go to Washington, D.C. about once a month, and even more so when they homeschooled their 14-year-old son, and he would do much of his school work in the Senate cafeteria. She would often go to the National Prayer Breakfast and First Ladies’ Luncheon.

“Then when COVID hit, I kind of quit going because you would have to put a mask on, the office was shut down, the capitol, the Smithsonians,” said Cramer. “So I don’t go often anymore.”

“Kevin could talk to him,” Cramer described. “Now I think he’s talked to President Biden once. Homeschooling our son in Washington was great, we did it at the perfect time, everything was open.“

Cramer mentioned many of Senator Cramer’s accomplishments that she appreciates, and shared what she believes is the philosophy that guides his voting.

“Kevin wants to see less government intrusion in our personal lives and in business. He believes in a free market,” said Cramer. “Kevin will always support life. He’s a law and order guy and supports our police. He’s for a strong military and caring for our veterans. He’s always watching out for veterans, and he really appreciates the military. Whenever there’s a National Guard event, he’ll go if it’s at all possible. He’ll watch out for North Dakota and North Dakotans' interests.”

Cramer said she thinks they were able to get much more done when Donald Trump was in office, and were able to undo many government regulations, especially in the energy area.