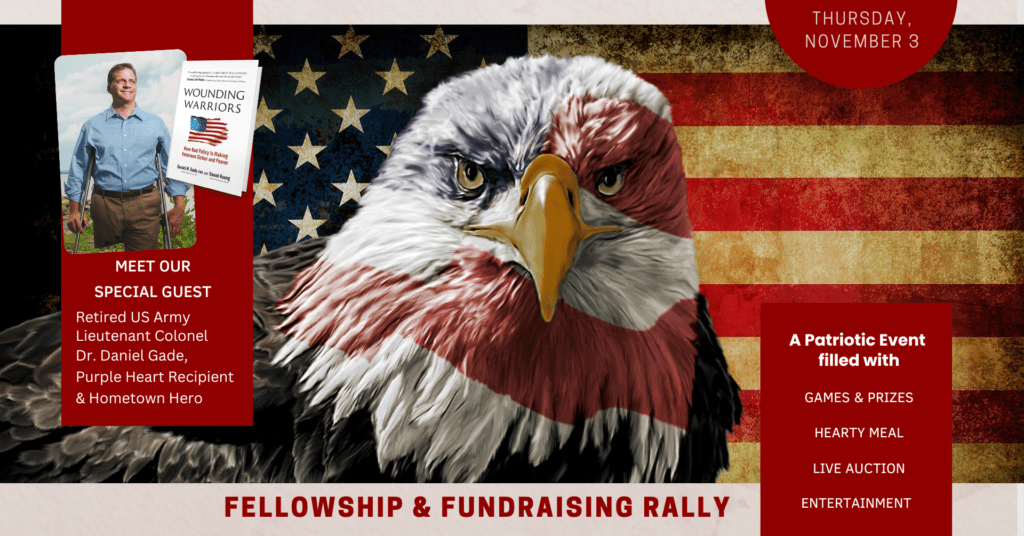 A gathering of conservatives

MINOT – Election Day, November 8, is fast approaching. So too is a big event sponsored by the District 3, 5, 38, and 40 Republicans. It will be held Thursday, Nov. 3 at the State Fair Center.

“Obviously it is for the mid-term election,” said Stephanie Sandstrom, organizer. “It is meant to be a fund-raising and fellowship night in the Minot community, a chance to share in the effort to promote conservative values.”

A former Minoter, Lt. Col. Daniel Gade, will be the guest speaker for the evening, telling his story of sacrifice in the line of duty. His military awards and decoration include the Legion of Merit, Bronze Star, two Purple Hearts, the Combat Action Badge, Ranger Tab, Presidential Service Badge, and both Airborne and Air Assault wings. He and his family reside in Mount Vernon, Virginia.

“He’s really the reason this night got put together,” remarked Sandstrom.

Doors for the event will open at 5 p.m. A dinner will be served. Tickets are $20 and can be purchased at DakotaPatriotRally.com.