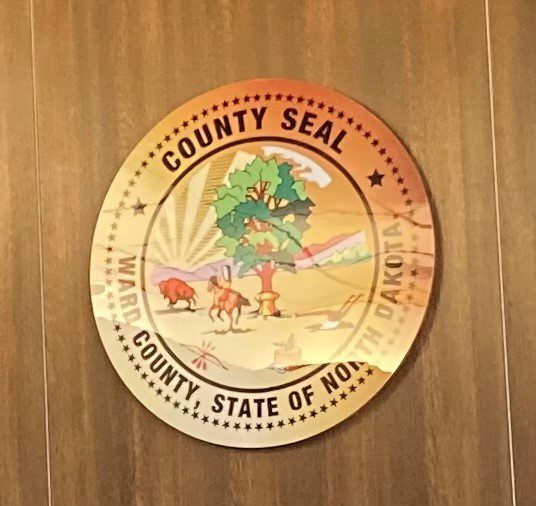 Candidates make their pitch to voters

MINOT – The race is on for the candidates of the Ward County commission as they round third and head home for Election Day on November 8, with early voting starting soon.

Four candidates are contending for two positions, with only one residing on the current commission after Commissioner John Pietsch announced he will not seek re-election.

Those running are incumbent John Fjeldahl, Berthold, Lance Makeef, who lived in Minot for about 20 years and just moved to the outskirts of the city, Jason Olson, Minot, former Minot police chief, and Alan Walter, Minot, a former commissioner.

The Dakotan invited all four to be interviewed about the race. Fjeldahl, Makeef, and Olson responded. Walter did not.

Fjeldahl – I’ll continue to approach things from a cost conservative position as I have in the past and hope I’ve done a good job of doing that and protecting people’s rights and properties.

Fjeldahl – I don’t know a whole lot about the new guy running. I don’t know our differences so much there. I know I have differed on, when Alan Walter used to be on the commission, some of his positions on right of way things, and those types of things which I hope we have corrected here at least in this county. I don’t know much about the former police chief Jason, so I don’t know how I differ from him yet.  I just kind of know where I stand.

The Dakotan – What are the main issues you stand on?

Fjeldahl – The previous last few years, we all have been through things that we probably never experienced before. It all kind of dealt with protecting people’s rights, the COVID thing and all those issues that came before the commission. I would like to think that I’ve tried to protect people’s rights to their property and their personal rights. I don’t expect these things to go away anytime soon, and I hope they improve, but that’s why I decided to run one more time at least and carry through with that. Those issues are going to rise again, I’m sure.

The Dakotan – What are some specific issues you dealt with during the COVID era?

Fjeldahl – There was a lot of discussion on mandates, should we have people working at home. We tried to keep things as close to how we operate things yet allowing people to make the choice of how they wanted to interact. We didn’t impose any mandates on anybody. Just protect people’s freedom of choice.

Fjeldahl – I try to be conservative budget wise, as best I can while providing quality services across the county.

Makeef – I’m sort of a different candidate than the other guys running. The reason I’m running is because I am a different candidate and could make a difference on the Ward County Commission. Not that I disagree with anything that they’ve been doing. I’d like to keep our taxes low and be good stewards with the tax dollars that come in from the county and represent both the county and the city in a good way.

Makeef – I’m not a retired city employee. I’m younger than them. I farm, I work for a seed company. I referee basketball in the wintertime, so that’s what I keep busy with. I was happy to be on the ballot and give the Ward County residents an opportunity to vote for somebody different.

The Dakota – You brought up a concern over a PAC called Brighter Future Alliance out of Bismarck, which has been participating in the race with signs supporting Olson and Walter.

Makeef – Never has a partisan political campaign committee given money out of Bismarck. That’s all new and that sort of fired me up. I don’t know if they’re targeting me and John, or John. I’m sure they’re targeting John more than me, too. I just want to make everyone aware that they are targeting this race, and to ask why.

The Dakotan – What are the main issues you stand on and your goals if you get elected?

Traffic safety is another big issue for me, making sure intersections are safe and highways are safe. I’ve had a semi license for most of my life, so I think I would be an asset to that. They want to go to a lot of these roundabouts and stuff. The semis aren’t always the easiest to maneuver through those. I just want to make sure to help oversee intersections and help the Ward County Highway Department.

Another passion that Ward County deals with, they have a Ward County Weed Board. I worked as an agronomist and in the chemical business for most of my life, and there’s two very abrasive weeds that are moving into this area. I think it could cost either our tax dollars or our ag producers in the county millions of dollars if it becomes a big problem. That’s one of my passions too. I want to collaborate with the counties around us. They could help keep it out, we could help keep it out, and we could all work together.

Makeef – I didn’t get in the race to run against these three, I just wanted to give Ward County residents an opportunity to vote for somebody different.

Olson – I have a direct history of public service through working in law enforcement for over 32 years. I’m retired from position of police chief which I served for eight years. I have a lot of experience in managing budgets and being engaged in public service and just being a servant to the public. I have conservative values and I have a strong belief that there needs to be a limited, efficient, local county government.

Olson – Each of us have our own unique experiences to bring. My own life experiences make me different, my belief in my values, my integrity. I have a strong public service in terms of customer service skills, so to speak. I’m a strong listener, and have an ability to listen to all sides of an issue before arriving at a conclusion.

The Dakotan – What are the main issues you stand on and your goals if you get elected?

Olson – One of my goals if I get elected would be to improve some of the transparency. When I look at the website, to try and get information about meetings and agendas, past meetings, videos, all of that information, it’s not as well-presented as it could be. The city’s way of presenting agendas, you pretty much see the entire packet of information that a council member is going to talk about at a meeting. It’s available to the public before the meeting. I would take some experience with that and make some suggestions for improvement to the county. When I’ve looked for videos of past meetings, you really have to hunt try to find a video on there. It’s not organized well.

The Dakotan – Are the signs provided by Brighter Future Alliance part of your campaign?

Olson – Not at all. I found out they were funded by Brighter Future Alliance, and I’d never heard of that organization. I’m happy to have support, but I also don’t want the public to believe that Alan Walter and I are running a joint campaign. Just from talking to people I know that have seen the signs, that’s the impression that people get. They think we’re working together and that’s just not the case. Pat Finken runs his own organization and he has every right to do what he’s doing.

The Dakotan contacted Brighter Future Alliance and did not receive a response.