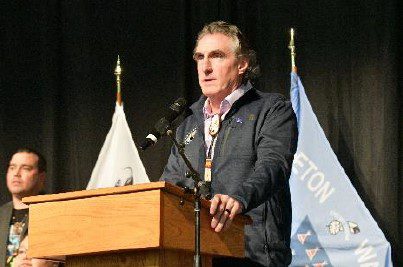 “While the proposed rule implies the Federal Highway Administration will work with states to create performance standards, this was not the intent of the law passed by Congress, and the Biden administration is using perceived regulatory authority it simply doesn’t have,” Burgum said. “The proposed rule burdens states with unnecessary regulation, may jeopardize future federal funding vital to North Dakota and will force or pressure states to reallocate federal dollars away from critical state projects to federally preferred projects. In addition, it explicitly goes against last week’s U.S. Supreme Court ruling that rightfully returned decision-making authority related to greenhouse gas emissions from the federal government to the states and Congress. The FHWA needs to focus on a goal we all share: improving the infrastructure in North Dakota and across the country. Our state has some of the cleanest air and water in the nation, and this proposed rule is unnecessary and overreaching.”

Troops opposed to the COVID-19 vax can get a waiver, but they're rare