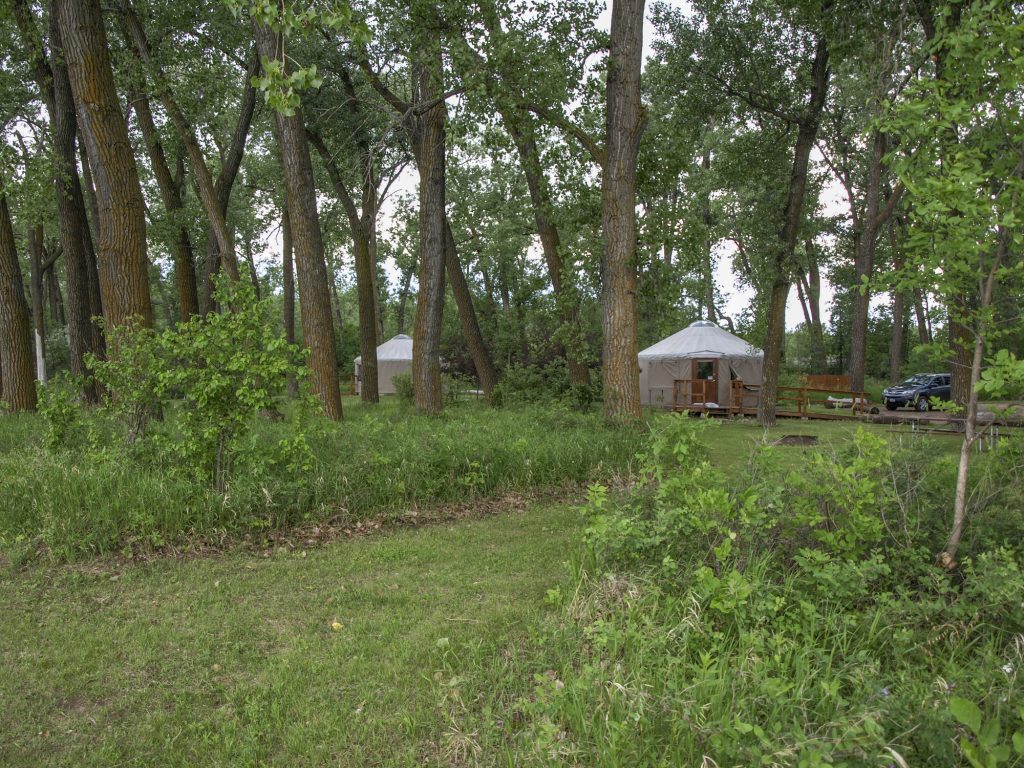 Cross Ranch State Park is located along some of the last free-flowing and undeveloped stretches of the Missouri River. [Photo: North Dakota Tourism]

Cross Ranch State Park is located along some of the last free-flowing and undeveloped stretches of the Missouri River. [Photo: North Dakota Tourism]

Admittedly, North Dakotans have a narrow window of opportunity to soak up the joys of summer.

Perhaps that’s why summer is - hopefully – so greatly valued. Each sunny day is a treasure. A day of light breeze is a godsend (granted, some may say it’s also a miracle).

That’s not saying North Dakota’s weather is akin to the bitter weather that can blanket the Arctic or blistering, melting jungle heat.

But, as North Dakotans, we try.

One neat thing about North Dakota’s state parks is they greatly assist in that challenge. In several cases, they can even make it a reality if a person doesn’t have the necessary gear to, for example, test their skills on a stand-up paddleboard.

And you don’t even have to bring your own lifejacket. Want to rent a stand-up paddleboard and the lifejacket is part of the deal.

Taking a peek at some of the area state parks reveals an interesting diversity of fun-in-the-sun rental options:

Tucked on the west shore of the Missouri River, the park has four canoes along with two single and two double kayak rentals.

Plus, they offer two options for Missouri River transport services. Paddlers can take the nine-mile run from Washburn (north of the park) south to the Sanger boat landing or the two-mile run from Cross Ranch’s main campground launch south to Sanger.

Three miles south of Garrison, the park is geared up for an array of water and land-based activities. Fat tire bicycle rentals ($8 an hour or $50 per day) even include the use of a helmet.

It’s hard to beat splashing on an AquaPad and the price is $20 an hour or $80 per day. Canoes, kayaks, paddleboats, and stand-up paddleboards are also available for rent.

North of Bottineau, Lake Metigoshe State Park offers a different kind of water compared to the vast expanse of Lake Sakakawea. The park’s small lakes hidden among its Turtle Mountain woods are great for paddle sports like canoeing and kayaking.

Eight canoes along with two single and four double kayaks are available to take on its small lakes.

Heading back to Lake Sakakawea, Lewis & Clark State Park east of Williston could possibly have some access issues for large boats this summer because of the lake’s lower-than-

normal elevations. However, its two canoes, two single and a double kayak, and two stand-up paddleboards are still available for water lovers to rent and enjoy.

And, just like at Fort Stevenson, Lewis & Clark has fat tire bike rentals with helmets for land lovers.

Rental fees for canoes, kayaks, paddleboats, and stand-up paddleboats are standard at the state parks - $8 an hour or $50 per day. Paddles and lifejackets are included in the fee for all of the paddle sport rentals and boat, pontoon, and paddleboat rentals include lifejackets.

The Bane of Your Budget