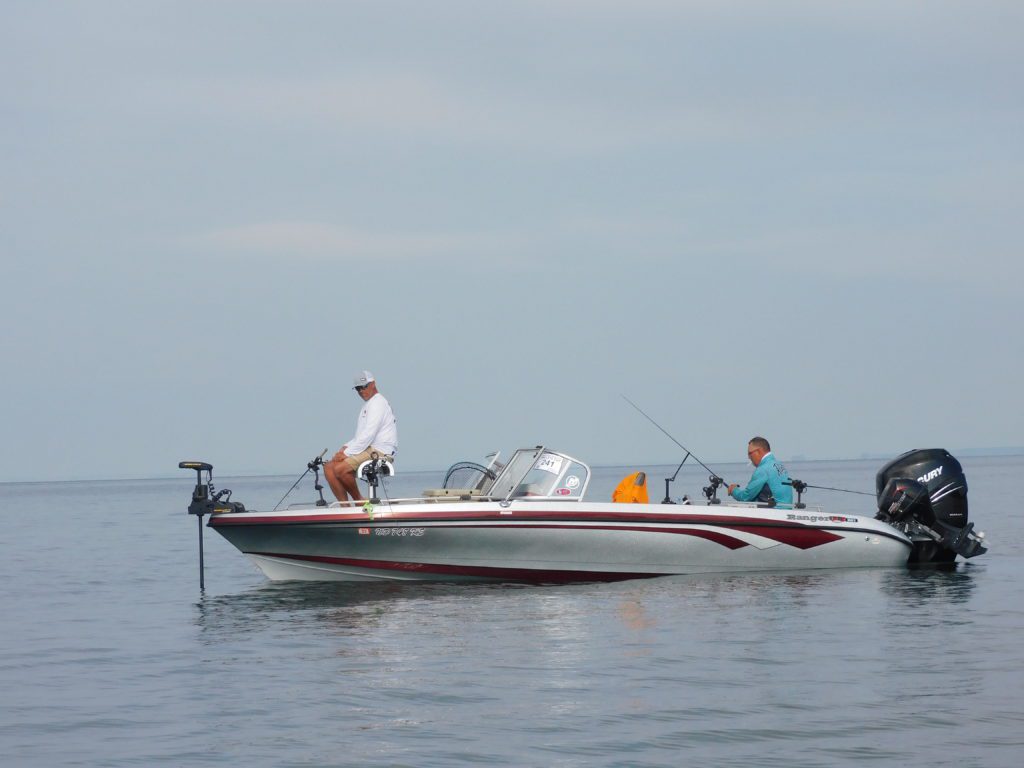 This year’s Governor’s Walleye Cup tournament had a full field with several teams on the waiting list hoping to fill an unexpected open spot in the event. Other fishing events in the state have experienced declines this year. (Photo: Kim Fundingsland/The Dakotan)

This year’s Governor’s Walleye Cup tournament had a full field with several teams on the waiting list hoping to fill an unexpected open spot in the event. Other fishing events in the state have experienced declines this year. (Photo: Kim Fundingsland/The Dakotan)

MINOT – This has been the summer of increased prices across the board, especially gasoline that approached $5 per gallon for a time. When it comes to fishing trips, the question all anglers wrestle with is, how much is too much?

It doesn’t help that boats are notoriously bad for miles per gallon, many in the 4-8 mph range. Fishermen can compensate for that by traveling less on the water, throttling down, and utilizing their electric motors as much as possible. Tow vehicles is another matter. Pulling a boat cuts down mpg, meaning more money spent at the pump.

While the answer to how much is too much is different for every boater and fisherman, there are indicators that hint inflation is causing fishermen to think twice about making what used to be routine trips to a favorite fishing destination. Some tournaments, but not all, have felt the pinch too.

The 2022 Lewis and Clark Catfish Classic on the upper end of Lake Sakakawea was cancelled earlier this summer. There weren’t enough entrants to make it feasible. Tourney directors said in an explanatory release to sponsors and fishermen that, “Some teams called to say they are not coming due to high fuel prices” and that “everything is costing more.” They added they intend to “make 2023 a great tournament.”

Angler’s Insight Marketing has seen a decline in participation this year too, although the reasons why are not certain. An early tournament on the Missouri River was scratched due to adverse weather conditions, but the number of registered boats was minimal.

“Our numbers this year are lower, but there’s a lot of variables,” said Geremy Olson, AIM tournament director for North Dakota.

The appeal of AIM tournaments is that they have low entry fees, and are all in North Dakota with no need to travel long distances to advance to further competitions. Other states have AIM circuits as well, with top teams advancing to a national event.

AIM events in North Dakota this summer have not drawn the customary number of teams – Lake Ashtabula 24, Parshall Bay 37, Devils Lake 33. A year ago, AIM tourneys could expect to draw 50 teams or more.

“I haven’t had 40 teams in a tournament yet this year,” said Olson. “We’re having people say the reason is the cost of travel, lodging, and pre-fishing. We’ve also gained a few because they couldn’t travel nationally. Higher prices have hurt and helped.”

Olson added that participation at AIM events in Wisconsin were down too, but Minnesota’s AIM events were 100% full. The North Dakota AIM Championship is set for August 25-26 out of Hazen Bay on Lake Sakakawea.

“We’ll be down substantially in teams for the state championship,” said Olson. “Last year we had 50-some teams.”

The Badlands Bass Bandits have been conducting tournaments for several years. Although their fields are generally small, 15-20 boats, they too have been experiencing a downturn. Even bass crazy fishermen are having to make decisions about where and when to travel to fish.

“For me personally, the price of fuel has weighed on me wanting to travel far for fishing tournaments,” said Kyle Okke, Dickinson, an avid member of the Bass Bandits. “One-hundred and fifty to $170 for a tank of diesel, then another $100 to fill the boat to fish a tournament has me not excited to do it much.”

Okke said he has been getting his fishing fix on lakes much closer to his Dickinson home instead of traveling longer distances to BBB tourneys.

Paul Reinbold, BBB president and fellow Dickinson resident, says high gasoline prices may not be the sole reason for fewer boats showing up at tournaments this year.

“I wish gasoline prices were the entire problem. I’m sure gas prices is part of it, but several in our club are still fishing and traveling all over to do it,” said Reinbold. “Some have expanded their tournament horizon. Good for them, bad for the club.”

Only four teams hit the water for the BBB event July 23 at Lake Ashtabula. Their circuit finishes the season with an August 27 derby at Lake Isabel, South Dakota, and a two-day Classic Championship September 10-11 at Dakota Waters on Lake Sakakawea.

In contrast to what has been the case at several fishing tournaments this summer, the traditional state events looked forward to by many have seen business as usual. Participation was full at the recent Dakota Walleye Classic at Beulah and the Governor’s Walleye Cup at Garrison.

“I didn’t hear a thing from any of the fishermen about gasoline prices,” said Joyce Pfliger, manager of Governor’s Cup, the state’s largest fishing tournament. “I thought when gas prices were going up, we would have some teams drop out. Of those that did call and cancel, none said the price of gas was the reason. I was surprised.”

Walleye fishing has been excellent on Lake Sakakawea this summer and, based on the number of trailers parked at ramps and boats on the water, fishermen are taking advantage of the opportunity to catch fish without the added expense of having to trailer long distances to do so.

Flags to Fly Half Staff