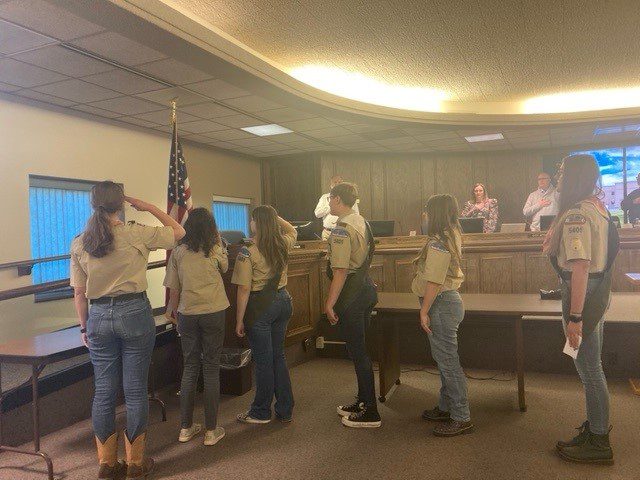 MINOT – As part of Mayor Tom Ross’ new tradition, he invited a young scout group of girls to lead the pledge of allegiance at Monday’s city council meeting.

Scout Troop 5401, six girls, proudly stood by the flag in City Hall to recite the words they appeared to know well.

“Scouts attention! Scouts salute!” was the cry from one of the scouts. “Please join me in the pledge of allegiance.”

“I ran into them at a fundraiser during one of our local grocery stores,” said Ross. “I thought it would be a wonderful opportunity to have this female scout troop come and lead us in the pledge of allegiance