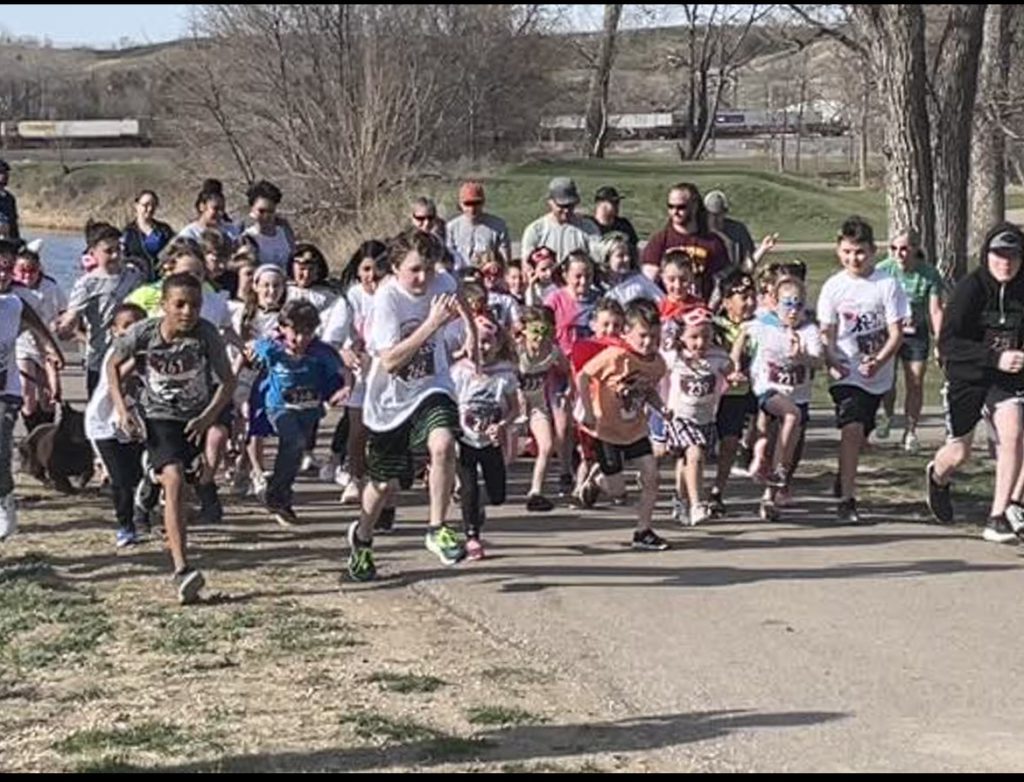 MINOT — When you ask someone what the definition of a superhero is, you usually get an answer that would include someone with special powers like Batman or Captain America. If you were to ask Sara Medalen however, she would tell you that the kids she works with every day at Sunnyside Elementary are superheroes. Yesterday, kids of Sunnyside took to Roosevelt Park to complete the fourth annual Superhero 5k.

“I just thought about how many benefits there are to running, I’m a runner, my own kids and my family. It’s kind of a family deal. We would drag the kids along to 5ks,” Medalen said when thinking of an event idea to give back to the kids of Sunnyside.

Along with the annual 5k, Medalen also started a run club at the school to give the kids some of the same opportunities as other kids around Minot. The run club is open to any Sunnyside student that is in grades three through five.

“One of the other reasons is so many kids said when I would say, 'What did you do on the weekends?' they’d say 'Oh I was gaming.' 'Did you go outside?' 'No, I didn’t even go outside.' So I just wanted to give those kids the opportunity to try running,” said Medalen.

As Medalen looked back after the first 5k, she was amazed how many kids showed up to the 5k with flip flops, snow boots, or other types of footwear not adequate for running, and she felt that had to change.


“The next year I contacted Scheels and I contacted Lindsay Hoes who has run with Heart & Sole, the run club in Minot, and asked if they would want to partner and have Scheels come in and measure the kids and put it out in the running community to see if any of them would want to sponsor a runner by buying shoes for them," Medalen explained. "[It's] just been a really great partnership and every kid in the run club gets a new pair of shoes. It’s like Christmas.”

A 5k doesn’t sound like it would be difficult, but for some it can be very challenging, especially for a kid that may be begging to run on a regular basis.

When it gets difficult for someone Medalen always says, “Run when you can, walk when you need to, crawl if you have to, but boy when you see them cross that finish line Its pretty cool.”

To encourage more kids to attempt the 5k each year, Medalen gives them each a superhero cape and a mask to wear while they run.


The 5k is held every spring to celebrate another year of success of the Sunnyside Elementary Run Club.