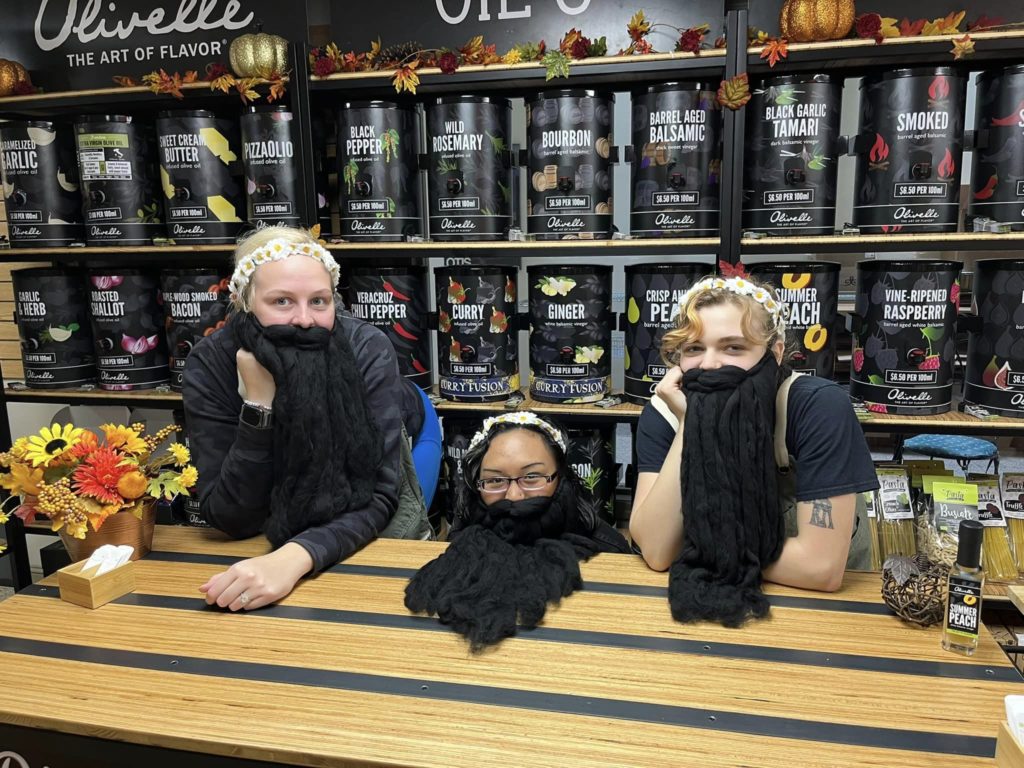 MINOT – In the spirit of Scandinavian culture, combined with the Norsk Hostfest coming up next week, downtown Minot has jumped in with another idea.

Denise Lindbo, owner of Gourmet Chef and board member of Minot Downtown Business & Professional Association, has helped organize what the association is calling a Troll Stroll, a beer and wine walk, Thursday, September 22 from 5 p.m. to 8:30 p.m.

“We’re doing it in honor of Scandinavian heritage and also because the Hostfest is next week, so kind of a tie-in,” said Lindbo. “Plus, just a fun theme on it. I got my jeans and my flannel shirts, and the girls were wearing beards for some of our advertising.”

Lindbo said there are 18 stops this year, and each one will have a beer and a wine sample.

“We hope to attract a few more of the men to come down and try some of the beer,” said Lindbo.

Half of the 18 businesses will be providing food as well, according to Lindbo. She said there will be a handout form telling people where to go, with two starting points, where they will be IDed and given a wristband and goodie bag.

Each ticket is $60, the funds helping to pay for food and drinks, as well as other events that the association puts on downtown.

“If we break even for the Fall Festival, we’re doing really good,” said Lindbo. “We try to keep that more of a family event, so we know it’s not necessarily a money-maker.”