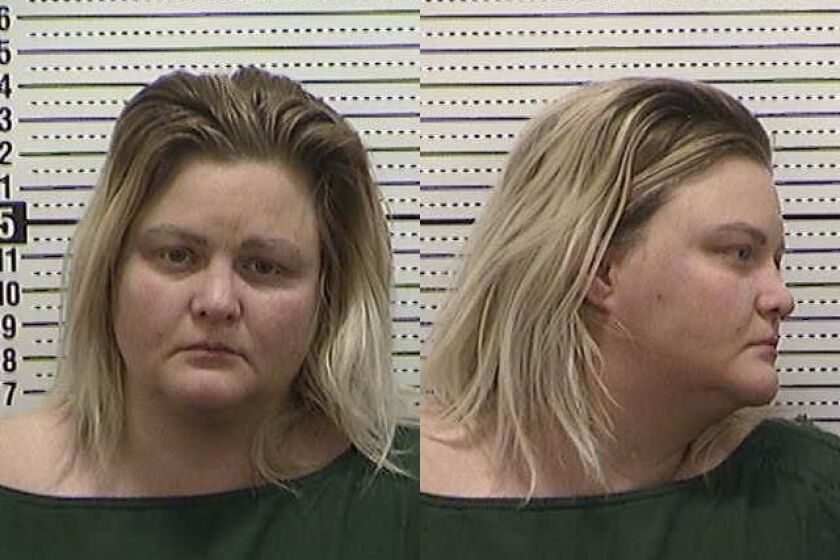 ND woman pleads not guilty to killing roommate in 2007

MINOT (AP) — A woman accused of fatally stabbing her roommate 15 years ago in Minot pleaded not guilty Thursday after a judge determined there was sufficient evidence to send her to trial on felony murder.
Nichole Rice, 34, appeared in Ward County District Court in connection with the 2007 death of 18-year-old Anita Knutson. The Minot State University student was found face down in her bed and had two stab wounds to the chest, according to court documents.
Rice was arrested in March at the Minot Air Force Base where she worked as a civilian.
Rice was always a person of interest, but until this year there had not been enough evidence to arrest her, Minot Police Chief John Klug said at the time she was taken into custody.
Besides the work of his investigators, Klug credited help from "Cold Justice," a television series that sends its detectives to work alongside local law enforcement on unsolved homicide cases.
According to the affidavit, investigators had been told that Rice had admitted to the murder, but that the person or people that heard the admission were unknown. In March, law enforcement was able to identify the person who heard the alleged confession as a former boyfriend of Rice.
Law enforcement officers in 2022 interviewed some of the same people with whom they talked earlier, including Rice and members of her family, and said that they gave statements that were inconsistent and contradictory, including where Rice was around the time of Knutson's death.
Judge Richard Hagar has ordered Rice back in court on Nov. 16.

Shrine Circus to Return to Minot