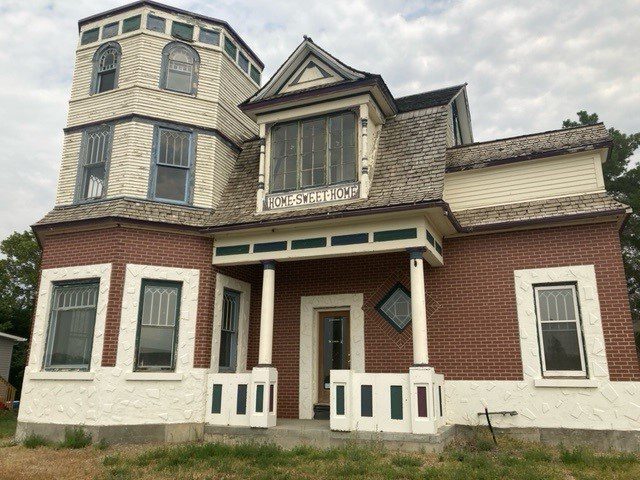 Home Sweet Home and Beyond

MINOT – Questions about properties were raised as the council made decisions on how to deal with Home Sweet Home.

The Minot city council voted Tuesday to set up a Request For Proposal for the disposal of a property where the building known as Home Sweet Home currently resides.

The vote on the property, located at 110 Fourth Avenue Northwest, would not affect the parcels next to it which have previously been discussed by council, according to City Manager Harold Stewart. He also said historical preservation requirements play a role in how properties can be disposed of.

“Our understanding is that because those lots were purchased with federal funding for the purpose of flood mitigation; those properties are not eligible to be sold,” said Stewart. “The property that Home Sweet Home is on is a little bit different, because we purchased that property specifically to move Home Sweet Home to, and that was always the plan. But those neighboring properties cannot be sold, and it’s not something the council can override because it’s a federal law requirement.”

In response to Councilman Paul Pitner’s question about the Neighbor Next Door program, Emily Berg, former National Disaster Resilience director, said the properties next to the Home Sweet Home property were purchased with Community Development Block Grants for Disaster Recovery funds, but the city has deed restrictions that are applied to the property during the sale.

“On those deed restrictions, it doesn’t allow them to build anything on the property; they have to follow all the HUD guidelines that go with owning that property,” said Berg. “So essentially the reason it was beneficial for a neighbor next door is it just makes their lot bigger and gives them more green space.”

Berg said there are three national objectives to using Housing Urban Development funds, which include aiding low- to moderate-income persons, meeting an urgent need, or preventing and removing blighted conditions.

Pitner said he has no problem with leaving those properties as green space, but wondered why the city has to keep and maintain them.

“Right now we’re talking about being stretched too thin on maintenance, and if we can get rid of lots so we don’t have to mow, let’s put them as part of this process,” said Pitner. “But if you say we can’t do it, then I guess we can’t do it.

Berg said those properties must remain public to follow the urgent flood protection promise the city made to the federal government.

“We have utilities, water, and sewer that run kitty corner to both of those lots that we need to retain ownership for,” Public Works Director Dan Jonasson added.

The RFP passed seven to zero.

Breakdown of Measures for the School Bond Election