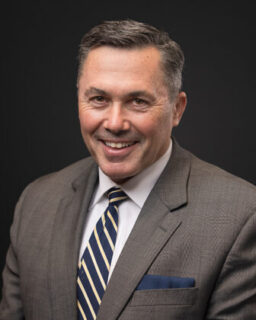 BISMARCK, N.D. (AP) — New House and Senate leaders have been elected by Republican majorities in the North Dakota Legislature.

Sen. David Hogue, a Minot lawyer, and Rep. Mike Lefor, a Dickinson businessman, were chosen Monday night to serve two-year leadership terms by members their respective chambers . The new leaders replace Sen. Rich Wardner and Rep. Chet Pollert, both of whom are retiring.

GOP Gov. Doug Burgum will give North Dakota lawmakers a budgetary starting point when he gives his budget recommendations to the Legislature next month.

North Dakota budget analysts expect the state will have a budget surplus of about $1.5 billion in the next legislative session that begins Jan.3.

Republicans emerged from last week's election adding to their already strong supermajorities in the North Dakota House and Senate, as Democrats have seen their numbers dwindle to their lowest numbers in years.

Democrats have just four seats in the Senate and 11 in the House. Ninety-eight of the Legislature's 141 seats were on the ballot Election Day; 33 new Republicans were elected and five new Democrats.

House and Senate Democrats will elect their leaders today (Tuesday).