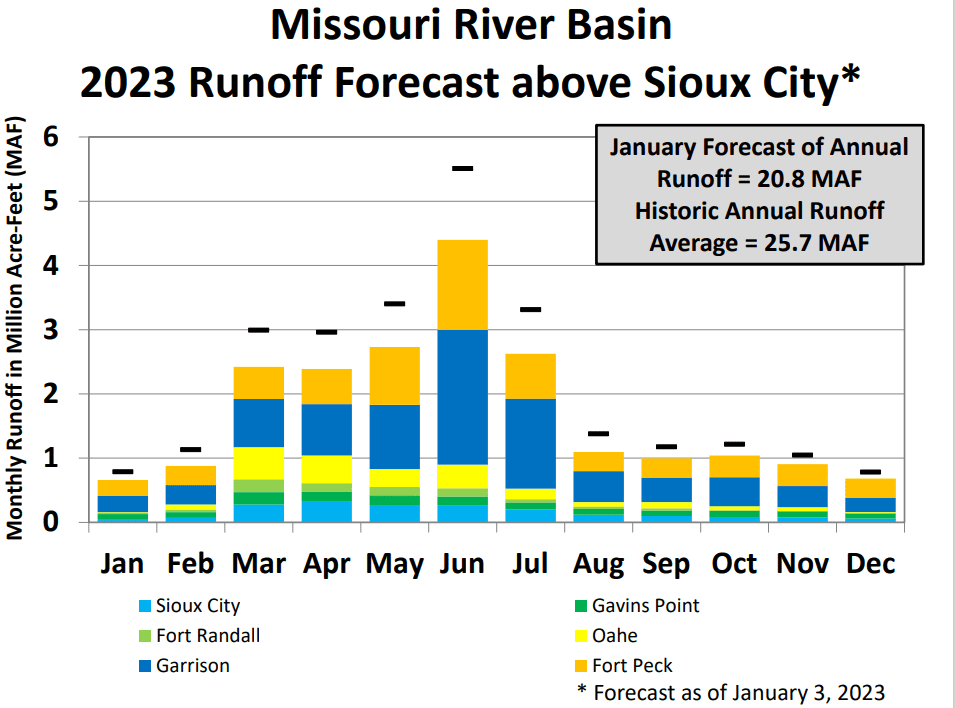 RIVERDALE – Albeit early in the runoff forecast season for the Missouri River Basin, January projections from the U.S. Army Corps of Engineers for spring runoff is 81% of normal. That would mean another year of very little rise for Lake Sakakawea.

Lake Sakakawea stood at 1,829.15 feet Tuesday and is projected to drop to 1,825.4 feet at the end of February, some two feet below the preferred operating level for that time of year.

January projections provided by the Corps of Engineers have a summertime peak elevation of 1,831.7 at the end of July for Lake Sakakawea, a level that is considered low by many but not so low as to cause operational problems, such as with boat ramp access, throughout the reservoir.

Runoff projections early in the mountain snowpack accumulation season can vary greatly from latter outlooks. Future outlooks depend on how much snow falls before mid-April, which is the long-term peak snow accumulation date for the upper reaches of the Missouri River Basin.