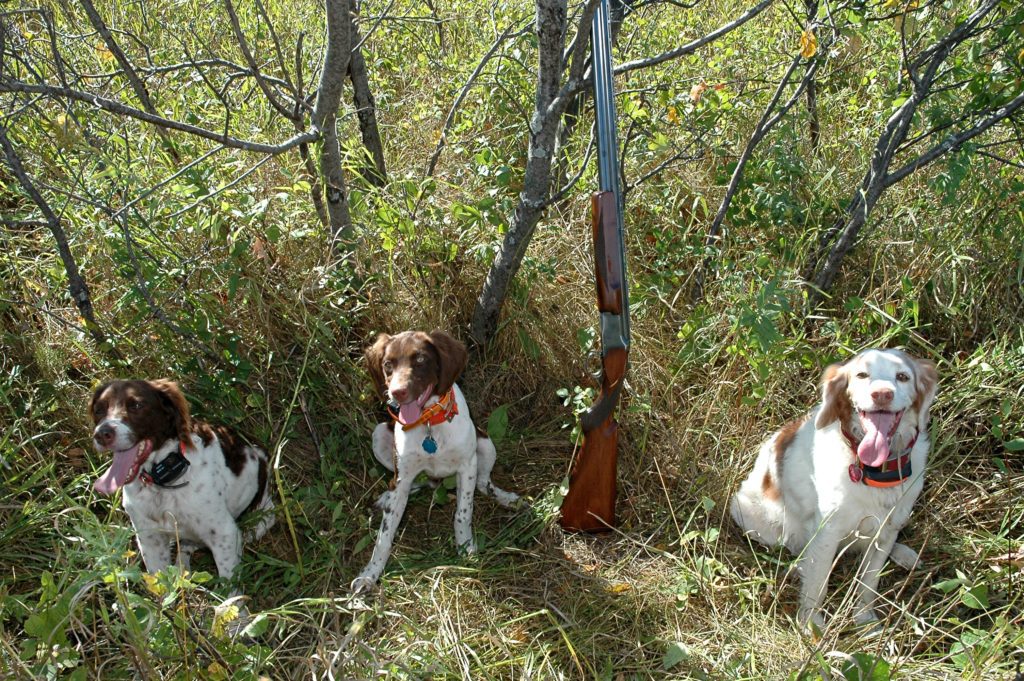 It's Almost Here: The Most Wonderful Time of the Year

There is a song that talks about Christmas being the most wonderful time of the year.

While that might be extremely difficult to dispute, many hunters will likely argue that autumn is the most wonderful time of the year.

Just think, several hunting seasons get underway soon – as in the first couple of days in September.

For the multitude of archery hunters, deer bow season begins Sept. 2 this year.

For the fortunate number of hunters receiving pronghorn, elk, and moose licenses, those opting for a bow as their method of take can also go afield beginning Sept. 2.

And for those in search of a large, wild feline there is mountain lion season.

You guessed it; that season also begins Sept. 2 this year.

It’s a North Dakota tradition for those hunting opportunities to open the first Friday closest to Sept. 1 each year, which is why Sept. 2 is the magic date in 2022.

And don’t forget about dove season, which opens Sept. 1 for mourning doves as well as the non-native Eurasian collared dove, which found its population increasing to huntable numbers in some parts of North Dakota.

That season date is established through the parameters determined by the U.S. Fish and Wildlife Service, the agency in charge of the framework for migratory bird management and their hunting seasons.

Come mid-September and beyond hunting kicks into full gear with youth-specific opportunities for species such as deer, pheasants, and waterfowl.

Toss in swan, turkey, deer, elk, moose, and pronghorn - for those lucky enough to draw licenses - plus waterfowl and pheasant seasons and it shapes up to be a busy fall.

In the flurry of activity that always seems to accompany the array of hunting seasons, several things shouldn’t be forgotten. For starters, licenses.

For those hunters stashing licenses and tags in a “safe” place, the burning question is whether or not they can remember where that “safe” place was.

Archery deer hunters need to remember to order their license and tags before they go hunting because the tag must be in one’s possession. Turkey hunters also need their tag in possession.

The N.D. Game and Fish Department mails out a physical tag so be sure to purchase it early enough to allow the U.S. Postal Service time to get it into one’s pocket before heading afield. In other words, don’t order a bow tag Thursday night and expect to hunt Friday.

On the immediate horizon is also the issue of weather. Typically seasons opening in early to mid-September tend to be warm. It doesn’t hurt to be cognizant of potential fire danger.

Be careful, stay on trails – which hunters should do, anyway – be aware of local fire restrictions, the current fire danger index where one is hunting, and have a fire extinguisher in a vehicle should Mother Nature trend towards a hot, dry fall.

Even though toxic blue-green algae concerns were less prevalent in 2022 compared to some years, it’s still a good idea to keep that favorite four-legged Hunting Maniac out of wetlands and lakes that may appear on the “icky” side with algae as upland and waterfowl seasons approach. Avoid discolored water, as well.

Hunting dogs are going to want to go to water to cool down and drink because they’re the ones working umpteen times harder than the hunter. Be sure to carry water with you, stop and rest the dog frequently, and keep it out of any potentially dangerous water. Avoid hunting in the heat of the day, as well.

Heat exhaustion and heat stroke aren’t unique to humans – it occurs in canines, as well, including hard-working hunting dogs.

Hunting seasons are soon upon us. While some may debate it, to many it really is the most wonderful time of year.

Enjoy. Be smart. Do the right thing. Remember all of those hunting safety rules one learned in Hunter Education.

And finally, a quote by the late Fred Bear, whose legacy in the art of the bow and bow hunting is renowned among generations of archery enthusiasts, is worth pondering as each and every hunting season approaches: “I come home with an honestly earned feeling that something good has taken place. It makes no difference whether I got anything; it has to do with how the day was spent.”

She's Not from Around Here: Why Is Winter Taking So Long?