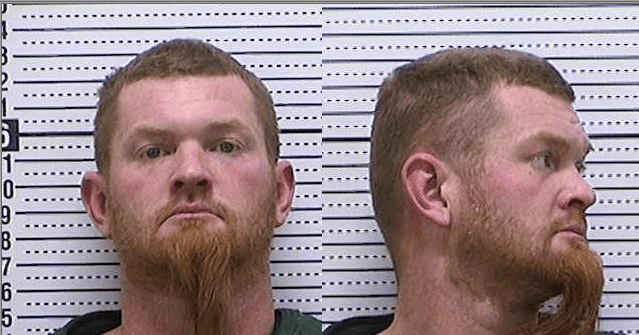 Mathew Anderson, charged with Murder-Extreme Indifference, a AA felony that is the highest level of charge possible in North Dakota, sat in his Ward County Jail black and white striped clothing while listening to a brief exchange between Cresap and court appointed attorney Nicholas Thornton. Three Ward County Sheriff’s Department deputies stood nearby.

The murder charge against Anderson stems from an early morning incident on February 24, 2022, in which Minot Police discovered an unresponsive man in his vehicle in southeast Minot. The victim, 42-year-old Wade Goodale, Minot, was pronounced dead at a Minot hospital shortly thereafter.

Police say their investigation indicates Goodale was driving a vehicle and lured to the location where Anderson, in a following vehicle, confronted him. A witness reportedly told police that Anderson brandished a firearm and shot Goodale.

Whitney Racine, Minot, is currently in jail and listed as a co-defendant in the case. Racine is charged with Facilitation of Murder-Extreme Indifference, a class C felony. She entered a change of plea and is scheduled to be sentenced Friday, August 26 at 11 a.m.

The man police say was responsible for one of the most visible automobile chases in the city in recent memory, Darrell Schiff, also appeared before Cresap.

During the early evening hours of April 1, 2020, Minot Police received a call from an off-duty law enforcement officer who witnessed a female being dragged by a vehicle in southwest Minot. When police tried to stop the vehicle the driver, Schiff, failed to stop for several blocks. When Schiff’s vehicle finally halted, police say he intentionally backed into a patrol car and fled the scene.

The chase began near Western Avenue and South Broadway and concluded at 24th Street and Fourth Avenue after police employed a tire deflation device. The female inside the vehicle was treated for minor injuries and released.

As a result of his actions, Schiff was charged with four class C felonies, two class A misdemeanors, and one class B misdemeanor. Cresap set aside three days, starting November 9, 2020, for a trial on the matter.