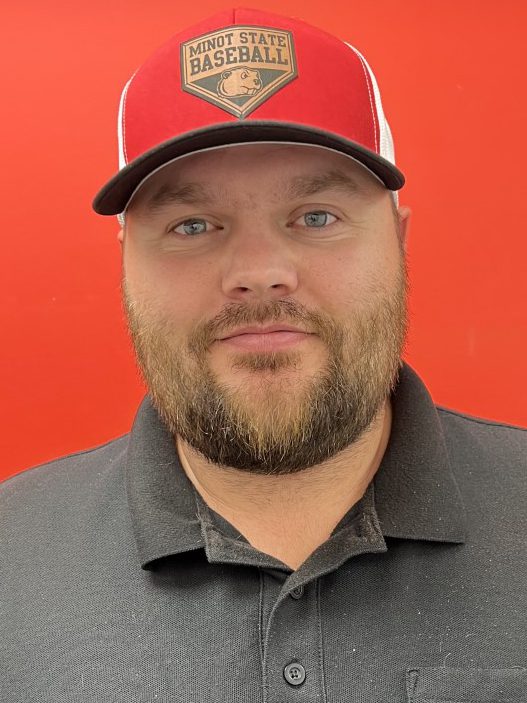 MINOT – The Beaver baseball program is moving forward under a new leader who brings plenty of experience in the NSIC with him to the diamond.

Minot State’s Director of Athletics, Kevin Forde, is pleased to announce the hiring of Sam Boisner as the new head baseball coach for the Beavers.

“I am very excited to be the new head coach at Minot State,” said Boisner, who officially begins his duties with the team on August 29. “I am grateful for the opportunity, and I cannot wait to start working with the players.”

“I really came away impressed with Coach Boisner’s demeanor,” Forde said. “He has high expectations of himself and his student-athletes but doesn’t let his emotions get too high or too low. He has a very intelligent baseball mind and is always thinking about how to improve.”

Prior to joining the staff at Northern State, Boisner spent two seasons as an assistant for the University of Illinois-Springfield where he coached both the hitters and catchers and was in charge of recruiting.

Boisner, who earned his master’s degree in Sport Performance and Leadership from Northern State, takes over for former Minot State coach Scott Eul who after six winning seasons took the head coaching position at the University of Missouri-St. Louis last month.

Minot State’s new coach said a major focus will be the roster that Coach Eul helped put together.

“First, we need to invest in this current roster; make sure that we keep our expectations high,” Boisner noted as a key to continuing success on the diamond. “We will need to develop our players every day and put them in situations to succeed.

“Secondly, we need to continue to recruit very well by bringing great student-athletes to Minot State that have high expectations and are looking to win a lot of games,” he added.

Along with his coaching experience, Boisner also brings experience as a winning player in the NSIC with him to the Beavers dugout as the native of Albertville, Minn., earned his bachelor’s degree in Health and Physical Education from St. Cloud State where he hit .318 with 20 RBIs in 71 games with the Huskies as a member St. Cloud State’s NCAA Central Region Tournament teams in 2013 and 2015.

“I am extremely happy to find someone who has played and coached in the NSIC,” Forde said. “We look forward to the continued success of our baseball program at Minot State University under Coach Boisner’s leadership.”

Prior to playing at St. Cloud State, Boisner also was a two-time Academic All-Region award winner in junior college at Iowa Southeastern.

“I think that I bring a lot of experience developing and recruiting baseball players,” Boisner said, adding, “I will bring a great environment where players feel like they can be successful.”

Looking at the Minot State baseball team and its talent, he added: “we have the ability to play a lot of different ways so we will be a tough team to play against.”

A City on the Ice