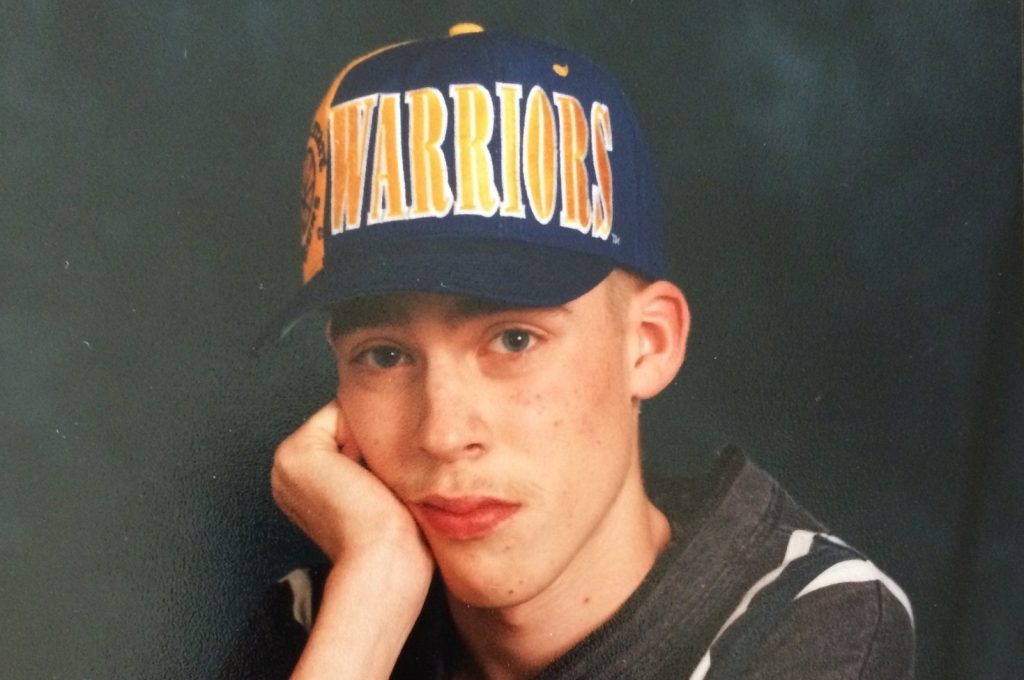 Growing up in North Dakota, where there are no professional sports teams, you're almost a free agent in selecting what team to root for. To the neurodivergent among us, this is a gift, a burden and a curse.

Say what you will about geographic allegiances, Dude, but at least it's an ethos.

I mean, it makes sense that if you live your life in a suburb of Denver, you make your mind up quickly to become an Avalanche fan. They play their home games in a place you can easily get to, each season. Every shop in your neighborhood sells their merchandise, including the gift shops inside your gigantic, twisty-turvy Doomsday Shelter airport. And so, you're constantly reminded of the team's existence by the presence of their jerseys being worn by strangers at the mall.

It's an easy decision, and I’m kinda jealous of you.

When all of the home teams have homes so distant from your own, how do you decide which one to swear your allegiance to? I've taken different approaches for different sports leagues.

The Minnesota Twins were winning national championships in the years before and after the two years my family moved to Minnesota, when I was young. Being that I am a twin (I have a twin brother, Erik. Not sure if I’d mentioned that yet. He looks like me.), so I was a literal Minnesota twin that biennium. It'd just be weird for me to root for the Cardinals, after all that.

I was a Buffalo Bills fan, back when they routinely went to the Super Bowls and lost to the Dallas Cowboys, over and over. I should’ve just switched over to being a Cowboys fan for the good of my psyche, but someone very wise (probably Batman) once taught me that Michael Irvin was kind of a jerk. So, I stuck with Jim Kelly and kept getting my heart broken. Life’s like that.

And I don't have a hockey team. Not sure why. Just can't get any enjoyment out of ice-related recreation.

Basketball, though? I like basketball. And my chosen squad? The Golden State Warriors. I'll tell you why.

As we’ve established above, I seem to like when sports teams make me feel sad. And as I started to watch the NBA in my adolescence, the most popular team was the Chicago Bulls. I, too, liked Mike, but winning six championships in eight years gets repetitive. And I want to be different, so I went shopping for a different team.

It started with Tim Hardaway. I played basketball in junior high, and I was terrible, of course, but I hoped I'd be less terrible if I fashioned myself after a professional player. I considered myself a point guard (even though I couldn’t dribble the ball with my left hand, which is kind of important), and looked at all the point guards playing in the NBA at the time for a hero. It came down to B.J. Armstrong, Mark Price or Tim Hardaway, and Hardaway ran away with it.

At that same time, the Warriors had Chris Webber, fresh from the Fab Five in Michigan; Chris Mullin, who played on the Dream Team (look it up if you don’t believe me); and Latrell Sprewell, who later became famous for choking their coach in practice.

They made the playoffs in 1994, got burned by the Suns, then never made it back to prominence for decades. Until there was Steph. And Klay, and Draymond, and Kevin Durant for a little while. They won three titles, always at the expense of LeBron James, which makes me happy. And this year, they’re going for a fourth.

Now that I've used up all my words in a vein (and also vain) effort to prove myself a true fan of a team that's been mostly terrible for most of my life, I present my closing argument. Attached you'll find my senior photo of me looking sad, wearing a Warriors cap.