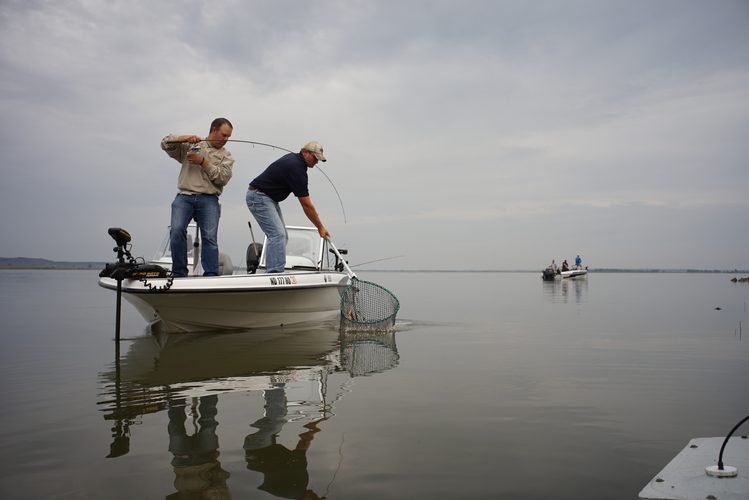 Nowadays, it might seem weird that back in the early 1990s, the N.D. Game and Fish Department formed an internal committee to look at ways to promote fishing opportunities in the state.

After all, in a state with a population of less than 800,000 people, the agency anticipates more than 200,000 will be sold in 2022. Granted, that’s a combination of residents and nonresidents but it doesn’t include children under the age of 16 who fish because they don’t need a license.

However, back in the early 1990s North Dakota was in the grasp of an extensive multi-year drought that began in 1987. In 1988, the Game and Fish Department managed a whopping total of 168 lakes across the state.

The committee developed ideas that provided the genesis for such programs as “Pathway to Fishing”, lifejacket and fishing equipment loaner programs, and creation of urban fishing opportunities.

They’re programs that still exist decades later in some fashion. For example, the urban fishing program is now blanketed as a community ponds program with small, fishable ponds established in conjunction with local entities within close proximity to several towns across the states – all stocked with catchable fish, including trout.

Back in the 1990s North Dakota was also participating in a national fishing promotional effort, “Free Fishing Weekend”, a program originating in 1979 and driven by the boating and fishing industry to promote fishing throughout the United States.

But that was then and this is now. In 2022, the Game and Fish Department manages more than 400 lakes, a vastly different picture than the drought years of 1987-1993 after years of the opposite end of the weather scale with abundant and over-abundant moisture creating new, fishable waters across many areas of North Dakota after 1993.

Yet Free Fishing Weekend remains a staple in the repertoire of ways to encourage anglers and wanna-be anglers older than 16 years of age who are required to possess a valid fishing license to head to an area lake or river and simply give casting a line a try.

After originally focusing on open water fishing – after all, the boating industry was a major supporter of the program’s inception – North Dakota also offers a Free Fishing Weekend during ice-fishing season.

But it’s finally open water fishing season and the Game and Fish Department isn’t stopping with its long-time efforts to encourage folks to take to the shores and waters within the state.

In fact, the reality is that fishing license sales plateaued in recent years and the agency is once again ramping up efforts to bring anglers back and into the fold.

For example, it revamped its fishing information website to focus more on beginning anglers.

And now it recently launched the N.D. Game and Fish Department 2022 Fish Challenge, encouraging anglers to catch a northern pike, yellow perch, smallmouth bass, and channel catfish in the state because there really, truly are other species in lakes besides walleye.

The challenge is already underway, beginning back on May 1 but continues until Aug. 15. Just go to the Game and Fish Department challenge website link, (gf.nd.gov/fish-challenge), sign up, complete the online submission form with a photo after catching one of the four species, and check the “Yes” box after catching that fourth species to complete the challenged.

Basically, North Dakota offers a lot of ways and reasons to get out in its Great Outdoors – everything from Free Fishing Weekend to community ponds, improved access and better fishing information, along with tossing a fun challenge into the mix.

Now all a person has to do is get out there and fish.

She's Not from Around Here: The Library Sale