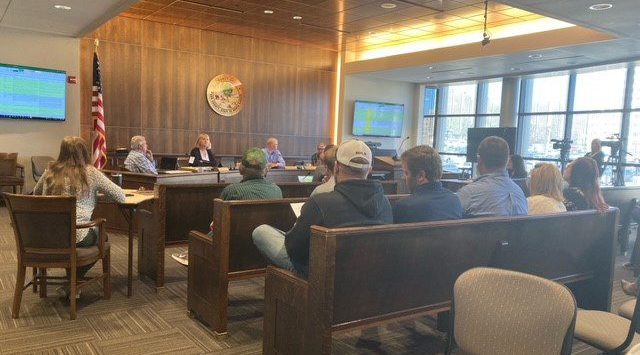 MINOT — Ward County Commissioners sifted through several applications from projects outside of Ward County for funds from the American Rescue Plan Act (ARPA) on Tuesday.

Though the funds in ARPA barely exceed $8.5 million, the amount that the applicants requested added up to roughly $31 million.

The commissioners voted on recommendations for amounts to give each applicant, varying from 30% to 50% of the funds that they asked for, though for some of the smaller projects, 100%. The commissioners also rejected certain internal requests such as a new audio system for the county commission meeting room, UV sanitization for the Ward County Public Library, and more.

The requests were divided into several categories such as park and infrastructure improvement, housing and public health, tourism, road and gravel work, and city improvement from towns from around the area.

The commissioners cut the requests from external needs to a little more than $7.5 million, leaving less than $1 million for internal needs.

The county commissioners will go through each request individually on Thursday, May 26 at 8:00 a.m.

Fun in the Field