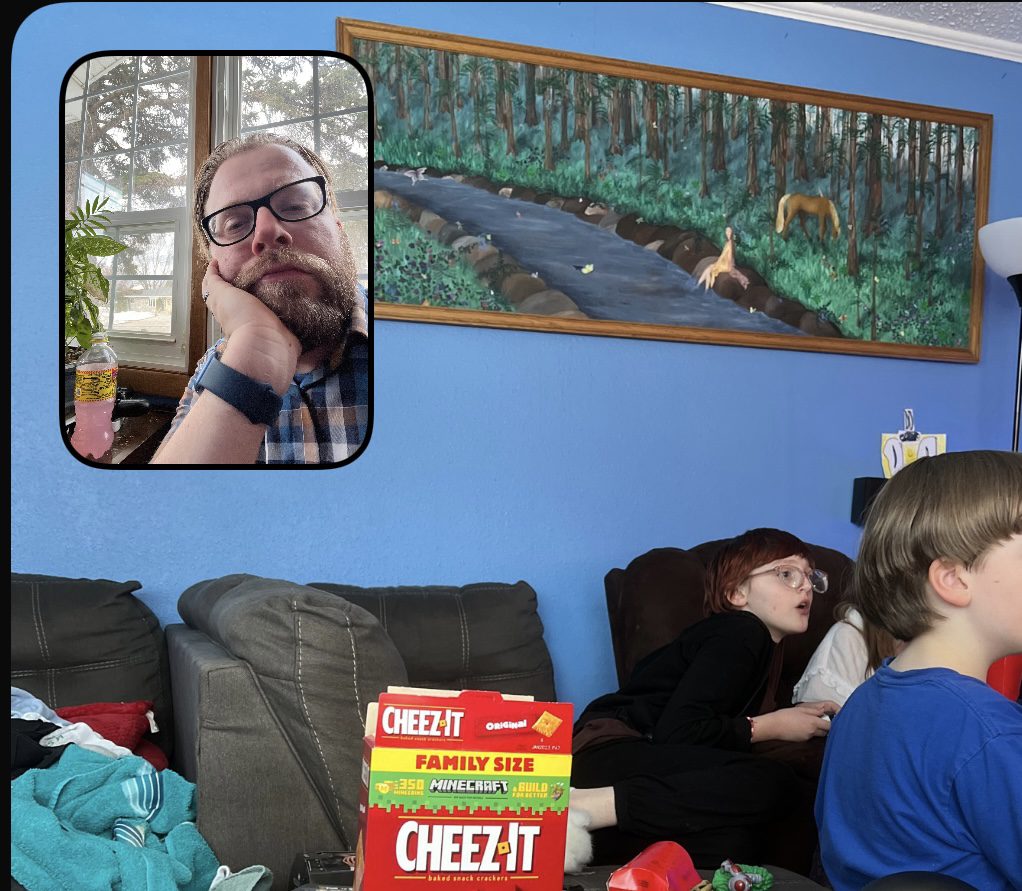 Be Real Me [Photo: Kelly Hagen]

Be Real Me [Photo: Kelly Hagen]

NDistinct Chatter: Being Real in ND

There’s a new social media app in the world called Be Real. All the kids are using it. There aren’t ads, and it doesn’t track you across the internet and sell your information to the highest bidder.

Supposedly. I don’t remember Facebook telling us they were going to do that, until they did.

Anyway, Be Real sends you one notification per day, telling you it’s time to post a photo of where you’re at, along with a selfie of your beautiful face, and you can write a caption of what’s happening or not. It’s up to you.

I downloaded it this week, not because I’m a kid but because I get bored easily. Still deciding whether I like it or not. But the experience has nudged me toward thinking about one fundamental question of my existence.

Why do I live here?

Each photo post includes the coordinates of where you are, and your profile shares the city in which you live. I live in Bismarck, North Dakota, and my two Be Real posts will confirm that fact, I think.

I don’t have any friends from outside the state on Be Real to ask me that question yet. I’m just thinking ahead of questions these hypothetical friends of mine might ask me one day soon, if I stick to this newest app. Based purely upon past experience.

I’m not a world traveler, by any means. But I’ve been fortunate enough to travel for work to more than a few states that don’t end in the word “Dakota” in my life. Usually it’s for work, to conferences and workshops, and I’m expected to learn new skills instead of sightseeing. So I don’t know much about these states and cities I’ve been to, but I have talked to the people who live there.

Right after they ask me, “There’s a North Dakota, too?” I say yes, but no East or West or Middle Dakota. And we’re not a part of Canada. And we have electricity and running water and wireless internet. And Josh Duhamel is from here, plus Phil Jackson, Lawrence Welk, and Chuck Klosterman. So, yeah, we’ve got a lot going for us.

If I can be real for a moment, I was born here, raised here, and lived my entire adulthood here. While I couldn’t choose the place I was born or where my parents chose to raise me, I did have the ability to choose to leave this state at any time the last 20 years or so of my life. And I never did. Pretty proud of that.

Comedian Lewis Black starts one of his albums with a bit about how, in his estimation, -30 degree temperatures in the winter isn’t a “weather condition”; it’s a “state of emergency.” And that the federal government isn’t evacuating us when this happens is proof that we’re all insane.

He was talking about Minnesotans, but we’re not too dissimilar.

A great many of the people who don’t live here and don’t know what it’s like have been led to believe that we who do have evolved into superhumans with thick skin and no need to wear a winter coat outside until the temp drops to single digits. Whoever keeps telling them that, stop doing it. No one likes cold. If they think we do, they’ll keep sending us all their cold air and we’ll never see the outside of our houses again.

We don’t need to be evacuated, though. If anyone living outside of North Dakota is reading these words. Thank you for your concern.

Why, then? Why am I still here?

The answer is simple. Because I don’t hate it here. Quite the opposite, I have always loved this place. I love the people, the places, the coats and jackets, German and Scandinavian cuisines, Lands that are Bad, gigantic skies and wide-open spaces, and every utterance of “Ope!” as we sneak past each other.

My great-great grandfather Hagen first emigrated here from Norway more than 100 years ago, and several generations later, his descendants still abide. While so many of my classmates, friends, and associates have left the state over the years, I’ve stayed. It’s a great place to raise a family, build a home, work, live and love. I think.

To steal a phrase from Stephen Colbert and corrupt it a little: I am North Dakota, and you can, too.

Be proud of being North Dakotan. Be proud of all we have to offer, including these absurd spring snow storms, all the Fleischkuchle you can eat, and some of the most gorgeous sunsets you’ll ever see. My love for this state is real, as am I. Be real. Be North Dakota.

And to be really real, I think I’m going to delete Be Real from my phone soon. Tracking my geography is still tracking, and I’m kind of bored with it. Thanks for making me think about the places I live, though.