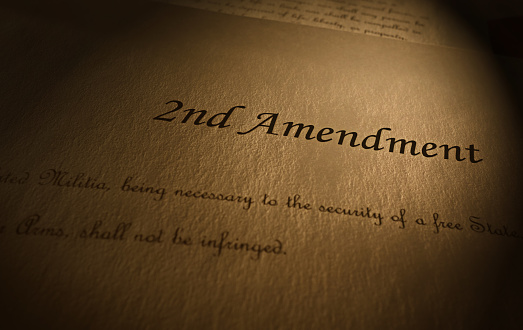 The Way I See It

Gun control. Get rid of the second amendment. After all, it’s so outdated anyway.

Really? Change the Bill of Rights to the United States Constitution? Surrender a right guaranteed to all U.S. citizens?

Sounds crazy, but it’s not, especially when considering our current political climate.

The desire for some to enact “gun control," even going so far as to advocate confiscation of firearms, is a reaction to gun violence, which is universally abhorred regardless of whether a person is pro or anti-gun. However, sharp disagreement begins when it comes to taking away a right guaranteed to every U.S. citizen.

Our founding fathers placed so much importance on the “right to keep and bear arms” that they placed it second only to freedom of religion and speech. Again, they made it a right that “shall not be infringed.” It was that important. Still is.

While times have certainly changed since the Bill of Rights was adopted, the first 10 amendments remain a cornerstone of our Republic. Those 10 amendments remain an integral part of the foundation of the United States. A citizen’s Bill of Rights sets us apart from the rest of the world. It is what people elsewhere dream about, rights guaranteed to every U.S. citizen.

I was reminded of that rather vividly a few years ago when visiting with an immigrant from Russia. He told me he was one of two people in his Russian village that were granted, by lottery, an opportunity to leave that country. This he did at the encouragement of his wife and family who had to remain in Russia. He obtained his U.S. citizenship, learning about our history and government in the process.

While he missed his family, he explained that he would never go back to Russia. What he found in America was something he didn’t have in his home country – rights and freedom. He couldn’t believe how Americans travel about, visit stores, exercise their freedom of speech, and have rights protected by the Constitution. You could see the joy in his eyes. He was free of the restrictions many others in the world endure every day.

That there were people willing to give up rights was sheer madness to him. Incredible and unbelievable. I’ll never forget the complete sincerity in his words, how appreciative he was for a new way of life. It reaffirmed what I’ve always known to be true, the U.S. is unique to the world, and rights and freedom cannot be taken for granted.

So much importance was placed on the Bill of Rights that Article 5 of the Constitution requires a two-thirds vote by both the Senate and House of Representatives, or two-thirds of all State Legislatures, to even propose a change. Ratification of a proposed change requires a three-fourths majority, an even higher threshold, and a clear testament to how important citizens’ rights were to the formation of our Republic.

Repeal the second amendment? Give up a right explicitly protected in the Constitution? Then what? Give up more rights? Toss out freedom of speech, freedom of the press? How about unreasonable search and seizure?

Changing the U.S. Constitution, particularly the Bill of Rights, is very serious business that can have an adverse effect on all U.S. citizens. Worse yet, giving up a right protected by the Constitution will pave the way for other such actions in the future and fundamentally change the reasons why the U.S. way of life is the envy of the world.

Does North Dakota Truly Have a Citizen Legislature?