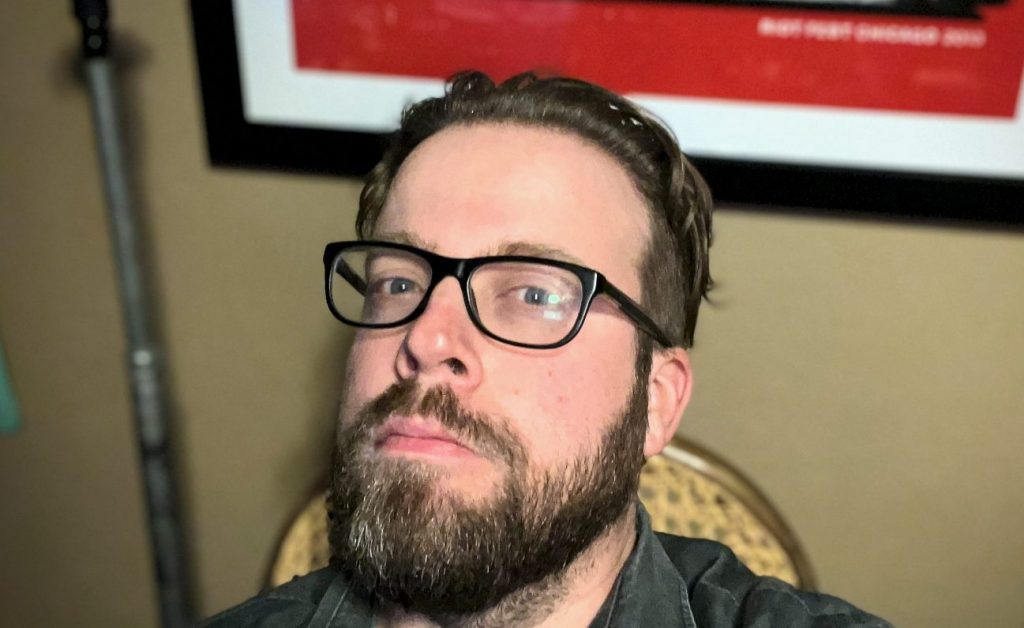 Watch this, I’m psychic. You, the person reading this, are you from North Dakota? Do you know someone who’s died in the last two years, be it from COVID or another illness complicated by COVID, or they died in a motorcycle accident and tested positive for COVID afterward? Does your name start with a letter?

Most likely, you saw right through that false veneer – which I sold like a champ, by the way; confidence is everything in this world – and delineated that I, the writer of the words you read, am not, in fact, a psychic. I’m just a guy who likes commas and independent clauses in his writing.

But, maybe? A tiny part of you wonders: Could this guy be talking to the dead?

I bring this up because I was watching the Netflix recently and stumbled across a series called “Life After Death.” As I’ve mentioned a time or 12, my mom passed away last year and I’m still processing it. So, titles like “Life After Death” are going to capture my attention, currently. That’s a show I want to see right now: one that definitively proves my parent still exists in the ether after having died and, one day, I’ll see her again.

Without getting into a debate over religion or the possibility of an after-life, yes, I am a Christian. A Lutheran, to be more detailed, and, yes, I believe there is life after death. I have faith; that’s not what this column is about. It’s about the Netflix.

“Life After Death” is a “reality” series about a “psychic medium” I had not heard of previously, supposedly named “Tyler Henry,” (I am really wearing out the sarcastic “air quotes” button on my keyboard with this sentence) who previously had a show on cable television where he was a “psychic to the stars.” I don’t know how someone gets into that line of work, but it seems like a cushy gig and sign me up.

In this newest series, Tyler is talking to ordinary people, to prove how truly medium-talented he is by knowing small details about everyday people and their lost loved ones because how else could he know that this Regular Joe lost their grandparent to a disease that possibly involved coughing of some sort, and I’m seeing a hairbrush, is that of any significance to you? No? How about an automobile, possibly a Ford but it could be one of the other major brands?

Spoiler: I was hooked, initially. I watched the first episode of the series, convinced he was talking to the other side. I might have looked up info on this guy to see if he’d come to North Dakota and talk to my mom for me so I could verify that she’s okay and I could start sleeping again.

By the second episode – which I wasn’t watching at 2 a.m. while battling grief/Mountain Dew-induced insomnia – I was googling a different word combination. “Tyler Henry fake.”

That’s how I stumbled upon some terms I wasn’t previously familiar with. One is “cold reading,” which is when a medium throws out guesses about their client’s lost loved one, glossing over the attempts that don’t land and digging in when they stumble on something that clicks.

Secondly, there’s “hot reading.” That’s when a medium is doing research ahead of their reading on the client to “predict” things about them they shouldn’t ordinarily know. Hot reading is a technique that wasn’t easy to do back before there was an Internet and social media, and every person you know was sharing intimate details about their person lives on publicly accessible profiles.

Finally, there’s the term of “grief vampires.” These are the people who “feed” off other people’s grief. Anyone who has lost a loved one will grieve in the wake of that loss. A recent study said that grief normally subsides after a year, peaking at about the six-month mark, and that a small group of people will continue to grieve indefinitely.

Those of us who have grieved, which is most of us, can tell you that it’s not a pleasant place to be in, emotionally. You’re experiencing a lot of emotions all at once, which is distracting and makes you vulnerable. I know I said I was done with the new phrases, but here’s one last one: “grief brain.” I’ve caught myself trying to unlock the car doors on my computer, struggling to remember how to turn on a water faucet, rubbing and rinsing shampoo into my hair while showering, then immediately forgetting whether I had shampooed my hair or not, so reapplying shampoo, rinse and repeat, in the past year.

I thought I was losing my mind, but have since discovered that this is normal. Your brain is distracted after a family member or close friend dies. Mistakes will be made. Give yourself time to heal.

But, back to the original subject of this column before my narrative wandered off: Netflix psychics. I don’t honestly know if Tyler Henry is sincere in his belief that he can talk to dead people. The cynic in me says that he is profiteering off people’s pain, using techniques like cold and hot reading plus deceptive video editing to lie to emotionally vulnerable folks seeking verification that their lost loved ones are doing okay and still care for our well-being on the other side.

The hopeful part of me is kind of okay with this service, whether real or not. Confirming that our loved ones loved us and continue to love us, in living and past, isn’t the worst thing. If he’s not directly charging these people for his services, and his income is coming from streams by grieving dopes like me watching his show on Netflix, that’s probably fine. While I suspect he’s lying about his ability to speak with people who have passed, I don’t think he’s lying about the fact that their spirits are at rest now and they want us to be happy and fully-functioning human beings.

Be well, all who grieve. Your lost loved ones want you to be. No, they didn’t tell me to tell you that. I just know.

She's Not From Around Here: Mother's Day