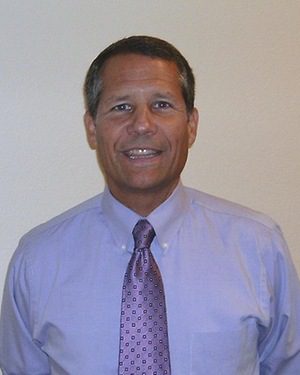 Jeff Risk, Minot, a career official in several sports, is scheduled to be inducted into the National High School Hall of Fame. [Photo: submitted]

Jeff Risk, Minot, a career official in several sports, is scheduled to be inducted into the National High School Hall of Fame. [Photo: submitted]

MINOT — A Minot man has achieved the highest honor possible for his profession. Jeff Risk will be inducted into the National High School Hall of Fame. The ceremony will be held July 1 in San Antonio, Texas by the National Federation of State High School Associations.

“When they told me I was excited but also humbled,” said Risk. “You realize the company you are in.”

Risk earned the honor with an officiating career of more than 40 years. The retired physical education instructor spent considerable time under the lights and between the lines, having worn an official's uniform for an estimated 5,000-plus high school and college basketball, football, and baseball games. Add another 1,000 or so professional baseball games and you get an idea of his extensive career.

“They still have me supervising officials for the Mon-Dak and the North Star Conference,” said Risk. “It keeps me involved, which is cool.”

“My memories include a lot of people, good people,” stated Risk. “I worked in 35 of the 50 states, all levels and all sports. It was enjoyable.”

Others scheduled to be inducted in the HOF along with Risk include the late Walter Payton who excelled at football at Columbian High School in Mississippi and later with the Chicago Bears of the National Football League; three-sport star Notah Begay of Albuquerque, New Mexico Academy, and later a member of the Professional Golfer’s Association; and Thurmon Thomas, standout football player for Willowridge High in Houston, Texas, Oklahoma State, and the NFL’s Buffalo Bills.