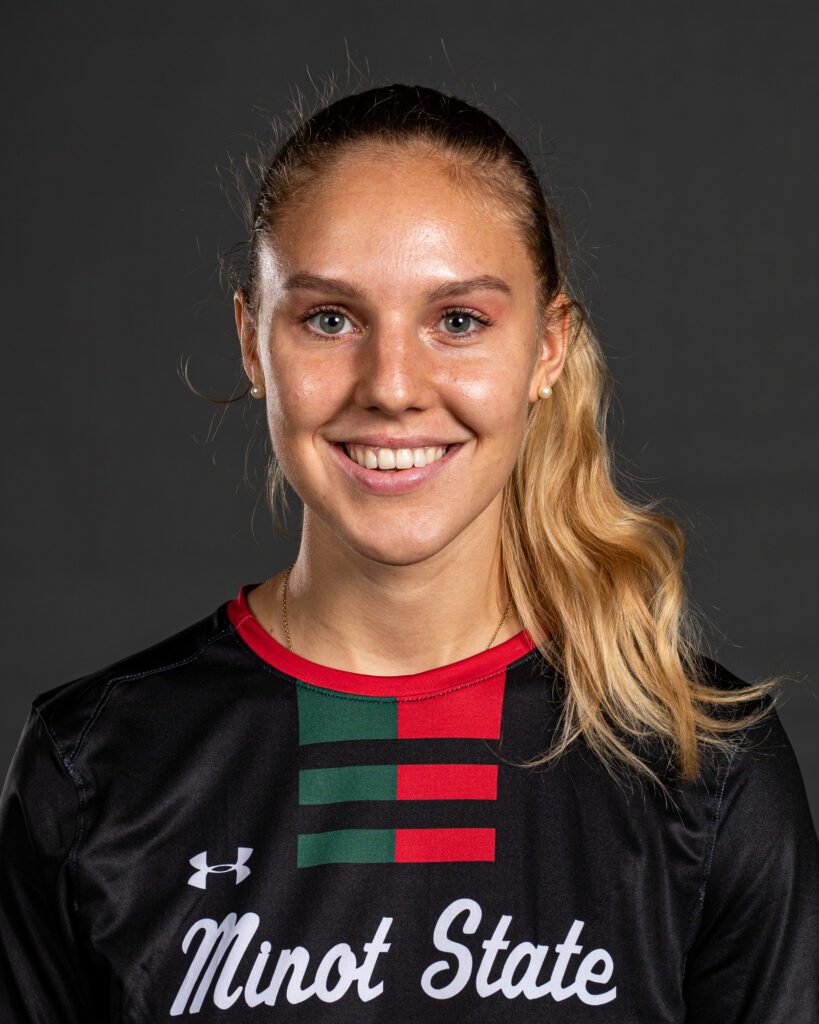 Named NSIC Defender of the Week

MINOT, N.D. – The Minot State soccer team continues to shut down opponents, and those efforts continue to earn the Beaver players awards.

After recording back-to-back shutouts on the road over the weekend, Minot State freshman defender Rebecca Storr was honored by the league on Monday as she was named the NSIC Defender of the Week.

Storr played all 180 minutes on the defensive line for the Beavers, who came home with a 0-0 draw at 14th-ranked Minnesota State, Mankato on Friday, and a 0-0 draw with Concordia, St. Paul, on Sunday.

While helping anchor the Minot State defense in the two shutouts, Storr also helped out offensively with a shot in each contest.

The Beavers (7-2-6 overall, 7-1-4 NSIC) now have posted five straight shutouts and as a team have not allowed a goal in 533 minutes, 52 seconds, a run stretching back to the opening seven minutes of their 2-1 road win at Northern State on Sept. 30.

Storr joins teammate and Minot State goalie Maddie Kindred in earning NSIC weekly honors as Kindred has been named Goalie of the Week twice, on Sept. 19, and last Monday.