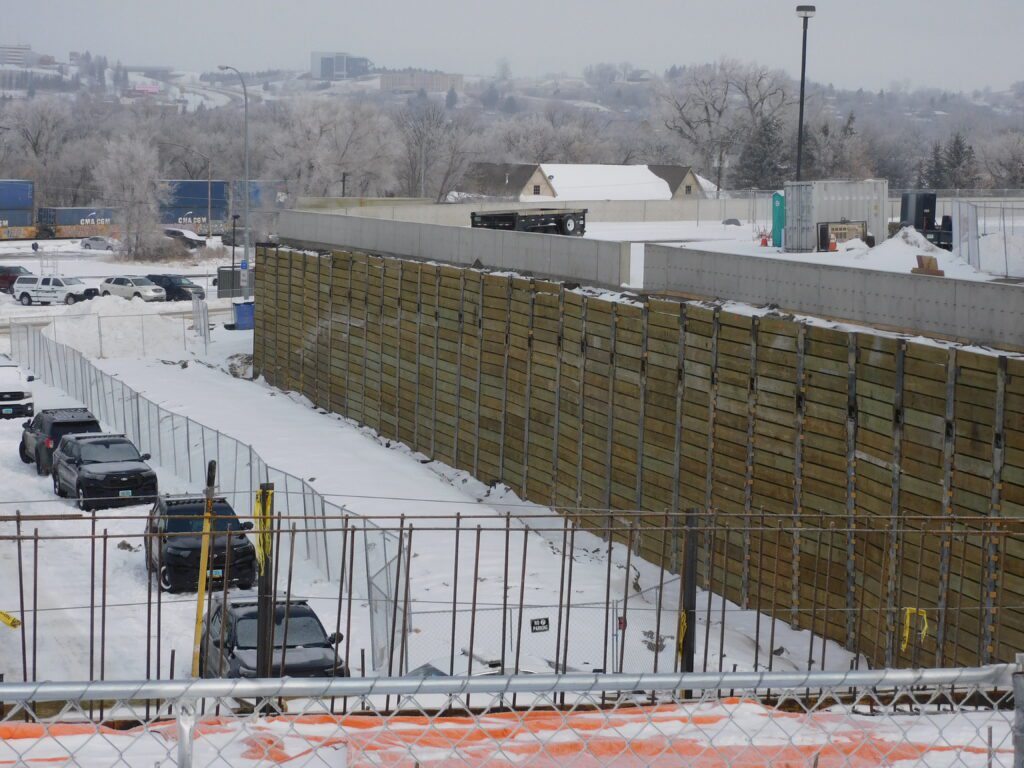 A look at the new retaining wall, yet to be finished, between the Minot Police Department and the City Auditorium. (Photo: Kim Fundingsland/The Dakotan)

A look at the new retaining wall, yet to be finished, between the Minot Police Department and the City Auditorium. (Photo: Kim Fundingsland/The Dakotan)

MINOT – A major construction project to replace an aging rock retaining wall on the east and south sides of City Hall began earlier this year. While extensive progress was made throughout the summer and fall, the project, as expected, will not be fully completed until after the winter season.

“It’ll go into next year,” said Lance Meyer, city engineer. “They are still working on it. The plan now is to do what they can this winter. Pour a little concrete, things like that.”

Construction involved replacing a water main adjacent to the old retaining wall. The new wall is in place but is not entirely finished. The wall panels that will give the new wall a finished look are not yet installed.

“I’m hoping they will come in the next few weeks. They are a pre-cast panel made in Minnesota,” said Meyer. “They should be able to install some of those in the wintertime, but if it gets too cold, they may have to push those off.”

Meyer said there is some minor concrete work yet to be done, if the weather permits. In the spring the narrow parking lot utilized by the Police Department, and a watermain underneath it, will be the final phase of the project.

“That waterman in the east side of the PD will be replaced and the parking lot completely rebuilt,” said Meyer. “It’s old, from the 1950s. It just needs to be replaced.”