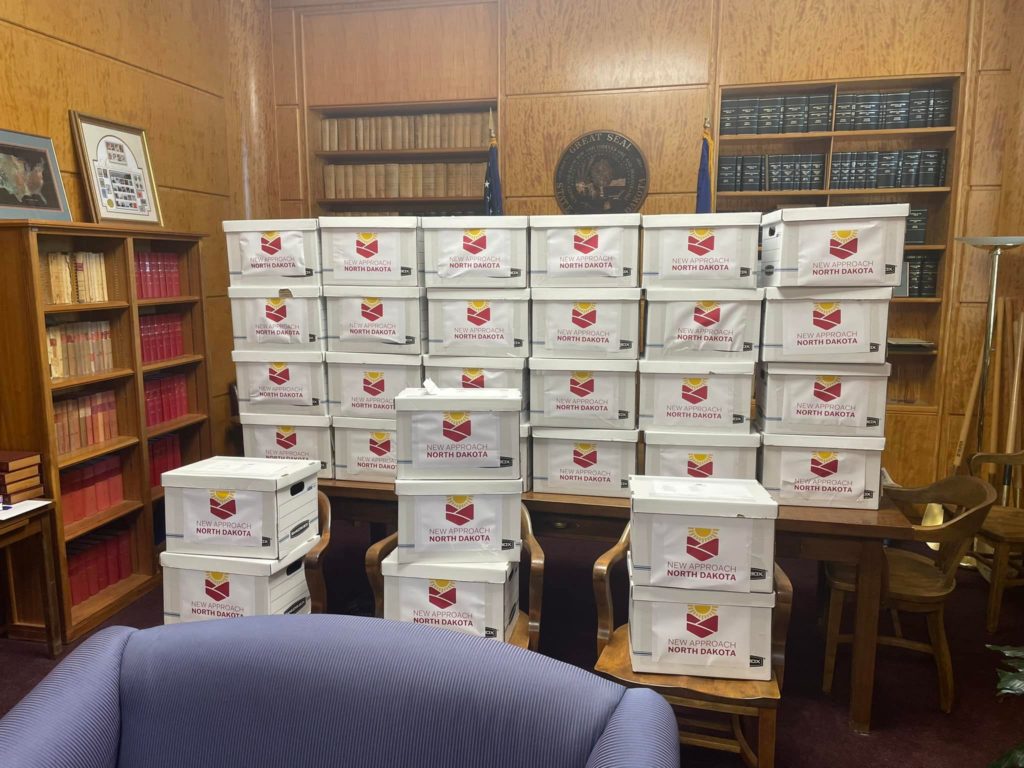 BISMARCK – The North Dakota Supreme Court heard the case Friday morning involving the rejection of thousands of signatures on petitions submitted to the Secretary of State. The petitions were to allow a term limits measure to be placed on the November general election ballot.

This past February the Term Limits Sponsoring Committee turned in 46,366 signatures to Secretary of State Al Jaeger. 31,164 signatures were required to place the initiated term limits measure on the statewide ballot. Jaeger rejected 29,101 of the signatures, leaving to few to qualify for placing the measure on the November ballot.

In arguments before the Supreme Court, the Term Limits Sponsoring Committee alleged that Jaeger’s decision was incorrect in that “you cannot just presume fraud” and that Jaeger’s analysis of handwriting on the petitions underwent “no multi-level review” and that the Secretary “couldn't be convinced there wasn’t some sort of plot going on.”

David Phillips, attorney for Jaeger, countered that “the term limits measure seeks to amend our constitution” and “this court should not allow it on the November ballot.”

When asked by the court why Jaeger’s office didn’t seek the opinion of other people with expertise in evaluating petitions, Phillips responded, “Our Secretary of State happens to be extraordinarily experienced at this.”

The state contended that Jaeger found “strong indications of fraud” and “unprecedented irregularities” throughout the petitions. Jaeger disqualified 15,740 signatures notarized by Zeph Toe.

In closing, the attorney for the Term Limits Committee told the court, “This is the most popular petition in North Dakota history and the greatest number of signatures ever presented in the state. Keeping this off the ballot that thousands signed, is a serious decision for one man do decide. I ask that an order be issued to allow this on the ballot so voters can decide.”

It is not known how soon the Supreme Court will rule on the matter but the deadline for county auditors to prepare ballots for printing is September 8 at 4 p.m.