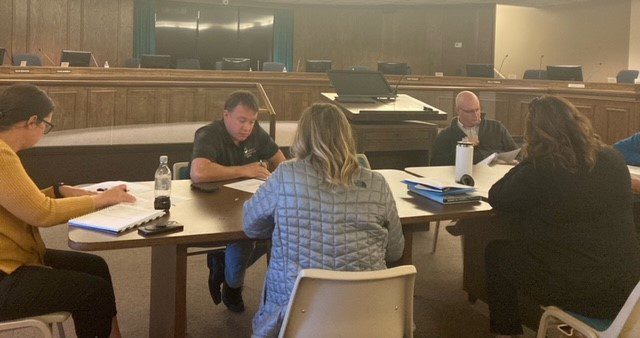 MINOT – The Ad Hoc committee discussed Wednesday its drafted updates to the Magic Fund Guidelines, including changes to its conflict of interest rules.

The Magic Fund is subsidized by one percent of the city’s sales tax for the purpose of providing businesses with financial incentives to grow in Minot.

The conflict of interest guidelines were completely changed at a meeting a few weeks ago, as seen on page six, seven, and eight of the draft. The switch went from prohibiting members of any committee involved with the Magic Fund from having a financial interest in the fund to two possible options, both requiring members to disclose known conflicts of interest.

The Ad Hoc committee members Wednesday seemed to take to option one, which reads, “Officers, directors, members or employees of the City of Minot, Minot Area Chamber EDC, MAGIC Fund Screening Committee or Minot City Council are to follow their established Conflict of Interest policies during the review of any MAGIC Fund application. Applicants shall disclose known conflicts of interest at the time of the application.”

“You could argue that if a city employee owns one percent of Amazon stock, and we had a distribution center here, we wouldn’t be able to fund it,” said Kramer. “There’s just so much gray area.”

“I have no problem with option one,” said Alderman Roscoe Streyle. “It seems pretty straight forward.”

Other changes to the guidelines included dividing the funds into three tiers, the Primary Sector Program, the State of North Dakota Program Initiatives, and the Small Business Program.

The committee seemed concerned over dividing the funds into different “buckets,” as it may be hard to allocate the correct amounts.

“Once this bucket gets full, we’re going to accelerate the flow to these other buckets faster, and if this bucket dips down these go back to the original flow, because more money has to go into bucket number one,” said City Manager Harold Stewart.

The committee also discussed clarifying language and definitions of words such as small business. The changes also allowed for any committee involved with the Magic Fund to reject projects and add its own stipulations.

Stewart also brought up a point about forgivable and unforgivable loans and whether to base them off jobs, wages, economic growth, or a mix of everything.

Minot Alderman Stephan Podrygula, though not an the Ad Hoc committee member, suggested language be added regarding the intention of the funds to be actively used for economic activities while still reserving some for unanticipated expenditures.

“The idea is that the money used is not to be sitting in the bank,” said Podrygula.

The updates must be voted on by Minot’s City Council before the end of the year.

Making the World a Better Place

Wintry Conditions on the Way

Colder Than Usual Winter Ahead