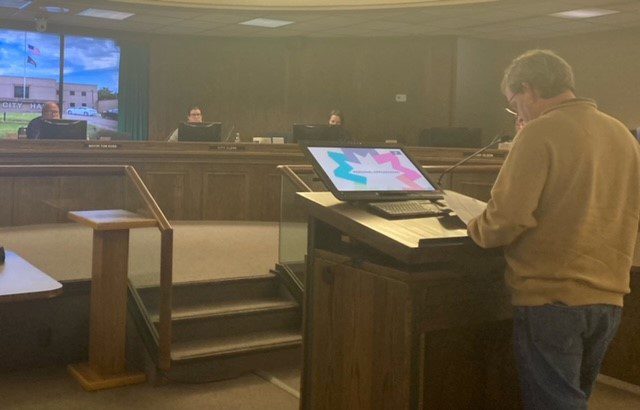 
MINOT – Not everyone was pleased with the Minot city council’s final approval of its 2023 budget, as one Minot resident expressed Monday at a city council meeting.

Scott Samuelson, who has lived in Minot for 33 years, said he had voiced his opinion at the September 19 city council meeting to object to what he called uncontrolled spending, property tax increase, and the 2023 budget.

“The last thing I left you with was, I hope you are listening,'' said Samuelson. “To my disappointment, at the following council meeting, one member of this council said, ‘I tend not to listen, and those who have opposing views are keyboard warriors, people who hate progress or new things.’”

Samuelson said he finds that offensive and wrong on many levels and pointed to a flow chart within the City of Minot council handbook that places Minot residents above council members, the mayor, and the city manager.

“As residents we have the right and responsibility to express our objections and disapproval of spending projects, referred to as investments to our community, like the unpopular one-million-dollar wayfinder signage program,” said Samuelson. “The city council and city leaders have the obligation to listen.”

When taxpayer money is invested, Samuelson said there is an expected return to residents on that investment.

“We don’t need to be sold,” said Samuelson. “We need honesty, facts, and a return on investment.”

Samuelson said his estimated property assessment increased by $27,000, understanding that the council cannot lower the value.

“But to let you know, even without a mill levy increase, my taxes were going to go up, just like they have for 29 years,” said Samuelson. “The assessment value of properties in Minot is set by the city assessor. It is not by your neighbors, as one council member stated.”

Samuelson said property tax is a broken system that he believes will eventually be done away with by the citizens of North Dakota.

“It would be in the best interest of the City of Minot to reduce or possibly eliminate the city portion of mill levy on property tax,” said Samuelson. “It would be a great incentive for people to move here, invest here, and continue to live here. What an example for the rest of the state. Every city would want to be like Minot, instead of Minot wanting to be like other cities. Again, I hope you’re listening.”

Alderman Paul Pitner, who had mentioned at the October 3 city council meeting the term “keyboard warriors”, clarified his comments.

“What was said was in response to Alderwoman Olson in reference to social media comments to the project and the disdain, that was my response with the keyboard warrior,” said Pitner. “The same six or seven people that comment negatively on Facebook live streams.”

“I haven’t received a phone call in response to that comment,” said Pitner. “My number is 701-500-3500. I welcome the phone call if someone wants to understand my perspective on things on any budget item. I do listen. I wouldn’t be on council if I didn’t. There is a responsibility to the citizens to listen to the meetings and not rely on a half-hearted quote that they heard at a coffee club.”