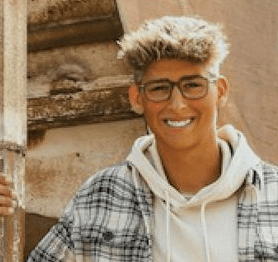 BISMARCK, N.D. (AP) — There is little indication that an 18-year-old who died after being struck by an SUV in North Dakota was a political extremist like the driver claimed.
Investigators say none of the witnesses they have interviewed support the idea that there was a political argument before authorities say Shannon Brandt struck Cayler Ellingson with his vehicle on Sept. 18 in McHenry, and a family friend who knew the teen said he wasn't active in politics.
Court documents said Brandt told a 911 dispatcher that he felt threatened after having a political argument with Ellingson, and that he believed the teen was part of a "Republican extremist group."
North Dakota Highway Patrol Capt. Bryan Niewind said Friday that authorities have talked to dozens of witnesses and plan to talk to more as they try to get a better picture of exactly what happened before the crash.
"I can't get into details about what the witnesses are describing to us. But what I can tell you is that this is not political in nature at all," he said, adding: "There is no evidence to support Brandt's claim on the 911 call that Mr. Ellingson was a Republican extremist. There is no evidence to support that all through our continued investigation."
He also said there is no evidence to support Brandt's claim that Ellingson was calling others to come hurt Brandt. He has been charged with criminal vehicular homicide and leaving the scene of a fatal crash. Niewind said there is the potential that those charges could change as the investigation continues.
Officials have also said that a breath test showed that Brandt's blood alcohol level was above the legal limit to drive when he was arrested.
Brandt hasn't responded to messages since he was freed on bond, and no one answered Sunday at a phone number listed for him. Online records do not list an attorney for him, and a message left with the court to see if he has an attorney was not returned.
Ellingson's family members, who are planning to hold his funeral on Monday, have declined to discuss his death.
Justin McDonald, owner of Buck-It's Bar & Grill in New Rockford, North Dakota, said he knows the Ellingson family well, and that Cayler's grandmother worked at the bar for about six years. He said Ellingson enjoyed autocross racing, hunting and being at the family cabin at Lake Juanita when he wasn't studying to be an ultrasound technician.
McDonald said "there was absolutely nothing political in him that I've ever seen," so he doubts Brandt's claim that there was a political argument.
"This is absurd because Cayler lives in a town with less than 40 people in it. There's no Republican, whatever, things going on here," McDonald said. "This is a community where our number one goal usually for the month is: Who's down and out, now, let's help them out."
McHenry is about 150 miles (240 kilometers) northeast of Bismarck.