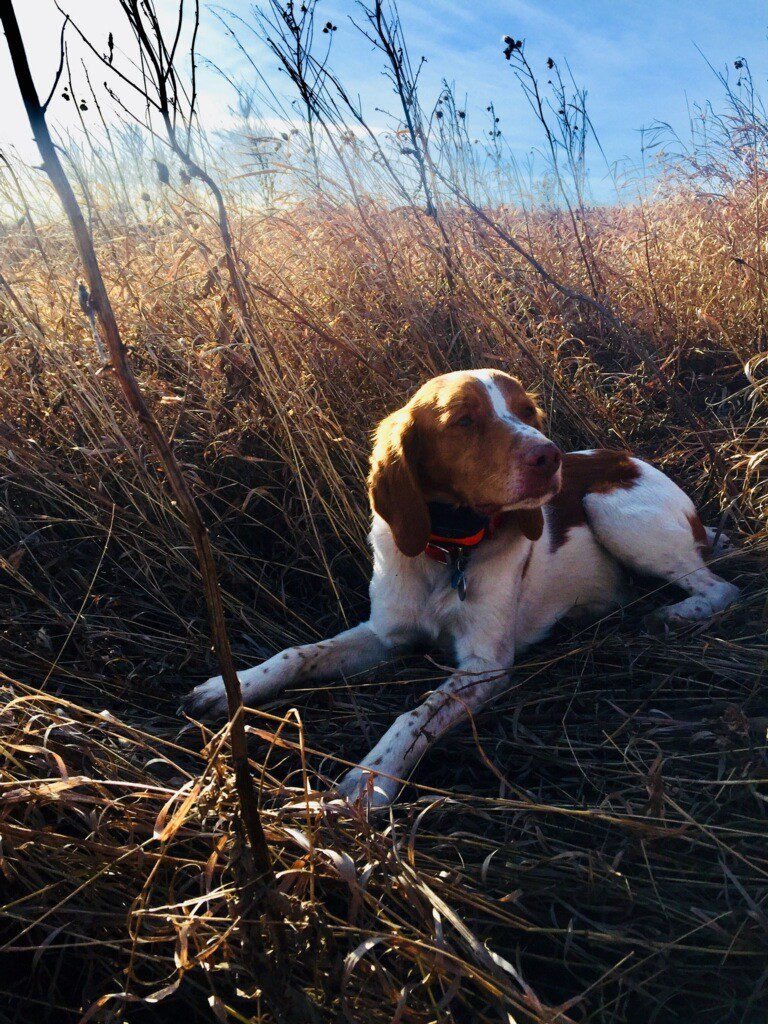 Garnet had her share of “Foreign Body” infections by the time she was less than 2 years old. (Photo: Patricia Stockdill)

Garnet had her share of “Foreign Body” infections by the time she was less than 2 years old. (Photo: Patricia Stockdill)

The bubble wrap almost came next and we’re hoping the new Hunting Maniac isn’t like one already in the house.

The thought crossed my mind that the only thing to protect our orange-and-white Hunting Maniac in our house, Garnet, when she was young was bubble wrap.

Even at a mere one and a half years of age, she was already a Hunting Maniac. That’s what brought about the bubble wrap idea. You see, even though she was a mere 18 months old she already had two major surgeries for “Foreign Bodies”.

Yes, you read that correctly.

At just 6 months of age, this little dog had a prickly piece of vegetation embedded in her neck. It migrated around in her neck muscles, became infected to the point where it looked like she had a baseball attached to her throat, and to make a long story short, required surgery for its removal.

A pill bottle in my office with that prickly piece of vegetation is a reminder that dogs should not have those things embedded in their body.

The “Foreign Body”, AKA “Mean Seed”, meandered around major nerves, vital blood vessels, and those important things in a dog’s neck like esophagus and other things making up canine anatomy – a delicate surgery on a young pup.

She handled it well, although she lost several weeks of hunting so it could heal properly.

And another Foreign Body.

Yes, this now 18-month-old Hunting Maniac somehow managed to get yet another Foreign Body embedded in what is the equivalent of a human’s armpit.

It swelled. Like the first foreign body, the veterinarian first advised antibiotics, hoping it would work its way out and the infection would be gone.

Nope, not with Garnet’s luck.

The infection came back. She looked like she stuck yet another baseball onto her body, this time under her canine armpit.

As a result, 11 months after her first foreign body removal surgery the vet presented me with a second bottle for my Foreign Body collection, this time the tip of a prairie needle.

Again she had to let it heal before we could resume training, let alone go afield during the upcoming hunting seasons.

The next day after she got the OK to resume training, what does Garnet do when we take her out for exercise?

No, not a Foreign Body this time.

No, this time it’s a barbed wire cut; the deepest part about an inch from her second foreign body incision. Thankfully, it wasn’t deep enough for stitches. The initial cut was less than an inch long although the wire scratched about 6 inches of her tummy.

We cleaned it up, applied antibiotic solution, and let her heal yet again before she would train and hunt.

While she handled that cut well, it wasn’t too much after that when yet another Foreign Body found its way into Garnet.

This time it almost made her first major surgery look as if it were as minor as that barbed wire cut.

Two veterinarians worked to sew her stitches. She looked as if she encountered the Chain Saw Massacre Guy with an incision almost from the back of her spine around her tummy and up the other side of her body, just in front of her back legs. It was necessary in order to remove the extensive infected tissue.

But in true Garnet fashion, she bounced back and hasn’t encountered another Foreign Body, AKA Mean Seed, in all of the years since, whether hunting, training, or just out for a walk in the prairie.

Foreign Bodies embedded in dogs are not something to mess with and some vegetation is worse than others. Most of the time they simply get caught in a dog’s hair and nothing happens.

But Garnet is an example of just how bad things can get when a foreign body, especially foxtail or Canada rye grass, work their way into and under skin or inhaled through a dog’s mouth or nose.

Visions of Garnet’s Foreign Body encounters and the urge to wrap her in bubble wrap have been dancing in my head since the newest Hunting Maniac, Magnum, joined the family last week. At a mere 9 weeks, her hunting will be play-training most of the fall.

But we’re going to do exactly what we do with the other two Hunting Maniacs…be aware of any lesions the dogs may get, try to remove grass seeds, cockleburs, and other vegetation matted in their hair, and hope we don’t need bubble wrap.

She's Not From Around Here: When Visitors Come