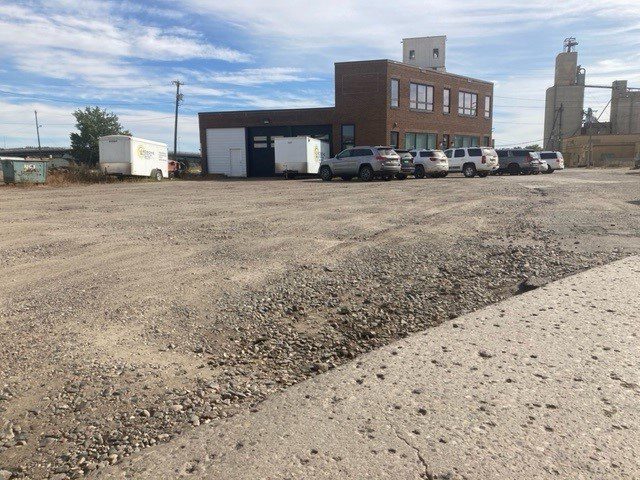 First Avenue Northeast, a road that is utilized by the public but seldom maintained because it is privately owned. (Photo: Lydia Hoverson/The Dakotan)

First Avenue Northeast, a road that is utilized by the public but seldom maintained because it is privately owned. (Photo: Lydia Hoverson/The Dakotan)

MINOT – Bumpy roads can be quite annoying, especially for those who own a business near one.

Baelee Reiter, owner of District 89 Salon in downtown Minot, has started a petition to fix First Avenue Northeast, which she said she’s been advocating for almost three years.

Reiter said she initially contacted the City of Minot about it, but the city responded saying it cannot do anything about that road as it is privately owned by Burlington Northern Santa Fe Railway.

“They told me that the railroad owned it, and it was private property, so there was nothing they could really do,” said Reiter.

Reiter says other businesses in downtown Minot have tried to do something about the road in the past as well. She has called the mayor and other council members, as well as streets and engineering with the city, and the owners of the road.

“But it’s a public access road, so it’s not just utilized by the owner of the property,” said Reiter. “One of my employees had to get her car fixed because of the bumps in the road. So, then I started the petition and that got a lot of response.”

Reiter said she doesn’t know yet who she will bring the petition to but is hoping it will raise awareness for the problem.

“I’m not sure what to do with it but I’m hoping someone will see it and give me not just an answer, but a solution, like what we can actually do about it,” said Reiter. “There has to be a solution, because in the past this road has been graded before, so I’m wondering who was doing it before and how do we get them to come back before the snow falls. It’s terrible.”

Reiter said she understands why the private businesses who own the road don’t want to pay to maintain it, since they are not the only ones using it.

The Dakotan contacted BNSF and the City of Minot and did not receive a response.

Smoothing Your Life with Blissful Bee