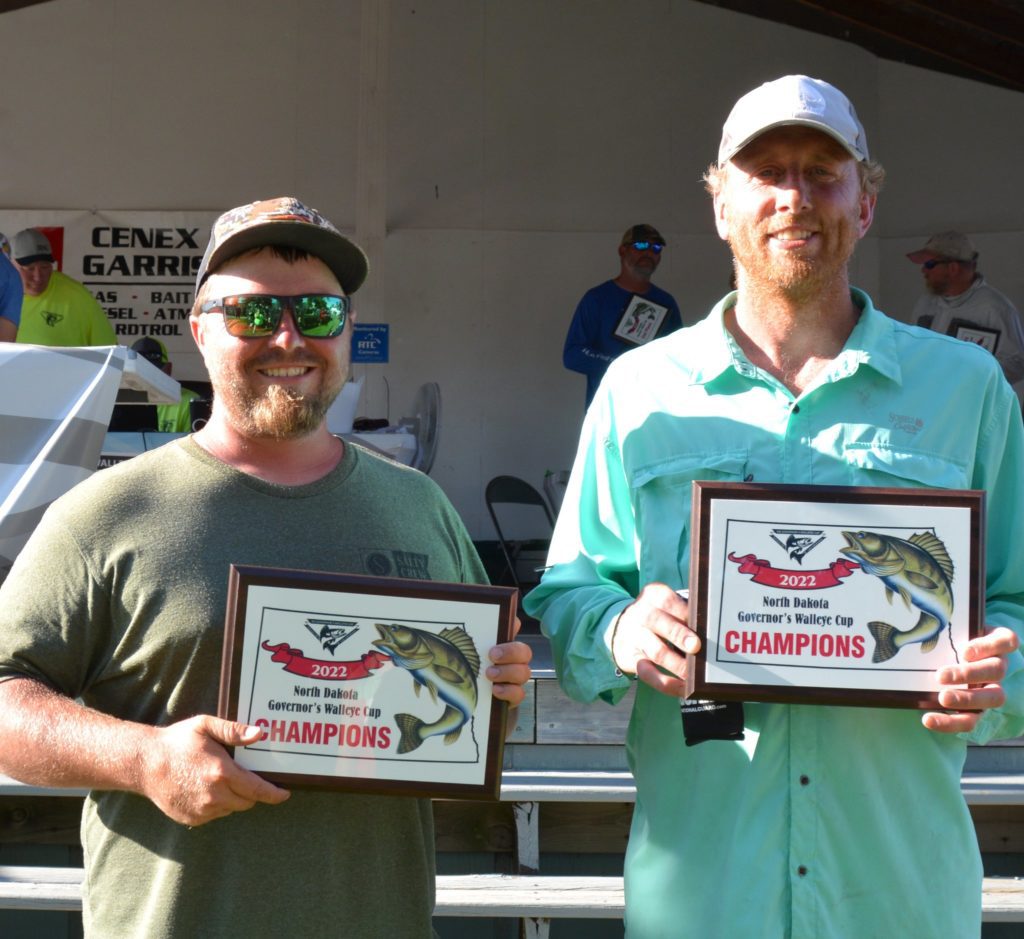 GARRISON – Every fish, every minute, counts in competitive fishing. Never was that more true than in the waning minutes of the 47th annual North Dakota Governor’s Walleye Cup held this past weekend on Lake Sakakawea.

A pair of Minot anglers, Josh Gladback and Cody Pardon, emerged on top of a 260-team field to claim first place, but it wasn’t without some emotional moments during the second day of the event.

“We had some heartbreakers,” said Gladback. “I snapped my line on the first two fish Saturday morning. I was mad, almost broke my rod.”

Gladback and Pardon were in ninth position after Friday’s first day on the water with 20.5 pounds of fish. Remarkably, that weight came on the only five fish they caught.

“When prefishing I caught some big fish,” said Gladback. “The day of the tournament all my spots were dead. There wasn’t a fish on them. We had to go searching and found some.”


On day two, with time winding down to get back for the weigh-in, the two fishermen knew they needed a big fish to climb up the leaderboard. They had one 25-inch walleye in the live well, mixed in with others in the 20-inch range, not enough to reach their goal of another 20 pound tota, and time was running out.

“The last fish was ten minutes before we had to leave for the weigh-in. That one was probably 26 or 27 inches,” said Gladback.

The fishermen loaded their boat on the trailer and headed to the official weigh-in at the City Park. While waiting to put their catch on the scale they heard what the top weight on the leaderboard was and began to feel it might be their weekend to win.

“We knew we needed 20 pounds and we were short. We knew that,” said Gladback. “When we heard the leaders had 38 something, oh boy, we thought we might have a chance at this.”

Indeed, they did. Their second day catch pushed their two-day total to 39.48 pounds. The second-place team of Justin and Brent Racine, Velva, weighed-in 39.06 pounds, which included big walleye honors at 11.08 pounds.

GBSD Finally Gets a Name: ‘Sentinel’