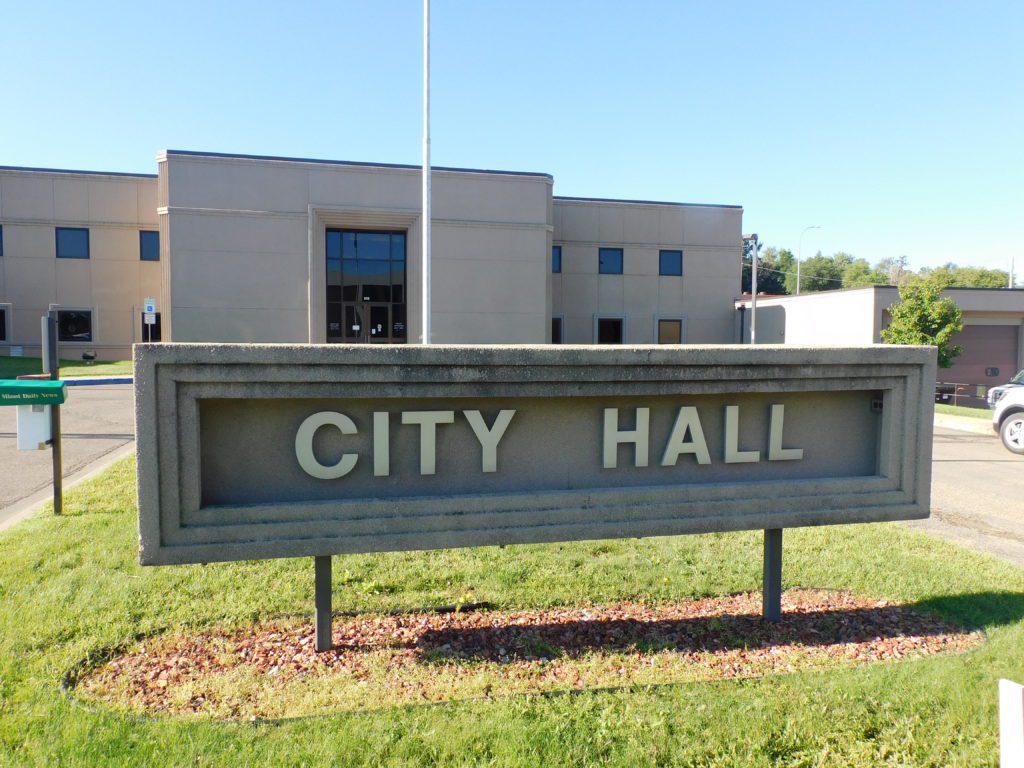 MINOT – With the appointment of a new alderman to the Minot City Council came mixed feelings from others who ran, not because of the appointee himself, but about the process that was used to appoint him.

After former legislator Roscoe Streyle was appointed to temporarily fill the vacant alderman seat that was previously occupied by Tom Ross before he was elected mayor, several of the other 12 candidates who sent in their applications to the council expressed disappointment that none of their names were mentioned at the city council meeting July 18.

“It was a fantastic thing to see so many people step out of their comfort zone and apply to be seated on the council,” said Burlingame. “It was truly great to see so many candidates from diverse backgrounds expressing interest. I truly hope the people who applied and were not accepted will not allow this action by the mayor and council to deter them from being engaged in our community. Our city needs them. I wish Roscoe nothing but success over the next few months before he faces the voters in November.”

“There were so many different failures, in my opinion, of the city,” said Schoen.

Schoen said one of the failures was the City of Minot publishing on its Facebook page that the council would hear from the candidates and did not.

“The thing that really bugged me was when the mayor said he has had heart-to-heart talks with Roscoe,” said Weigel. “I didn’t get a heart-to-heart with the mayor. To me that was like oh we have a favorite, we know who’s getting in.”

Trev Albright, an architect who served in the U.S. Army Corps of Engineers, who applied for the alderman seat, said he was slightly disappointed that they were not given the chance to speak, but he does not believe there were any rules that were broken.

Andrew Shultz, another applicant and owner of Minot law firm Worthington & Shultz, said he looks forward to what kind of ideas candidates for the position put forward in November, when residents of Minot can vote to permanently fill the seat.

Gary Lucy, owner of Probitas Promotions and applicant for the position, said he thought it would have been nice to have a short amount of time to speak, though he understood that it would have made the meeting go too long.

With a different perspective, Alicia Moody, an online college student and spouse of a Minot Air Force Base airman, said though she was slightly off put during the meeting, but after reaching out to Ross, she does not disagree with what happened.

“He said it was a breakdown of communication between the city clerk and himself,” said Moody. “He’s tried to reach out to everyone who’s had a discrepancy about the situation. Unfortunately, I was the only one who contacted him back. It wasn’t anything malicious. He said that all the candidates had been ranked before the city council meeting. They needed one that would help them with the funding that they needed.”

Some candidates said that Ross did not reach out to them, though city manager Harold Stewart did, encouraging them to meet with him to talk about further involvement in city issues.

Ross said the council followed the process, and he credits them for doing their homework on the candidates.

“They reviewed all 13 letters of application,” said Ross. “I opened it up for questions, and since there were no questions from any of the council people to ask the candidates, I then put it in the hands of the council. As mayor, I cannot make a motion. I can only help guide the meeting and kind of be in charge of the meeting. At any point during that process, one of them could have opened it up and made a motion, and invited any one of those candidates up. I credit them for doing their homework.”

Ross said he has discussed the situation with three or four of the candidates.

With the next city council meeting’s agenda not published, there is no clear answer as to whether this issue is over or if it will be brought up again.