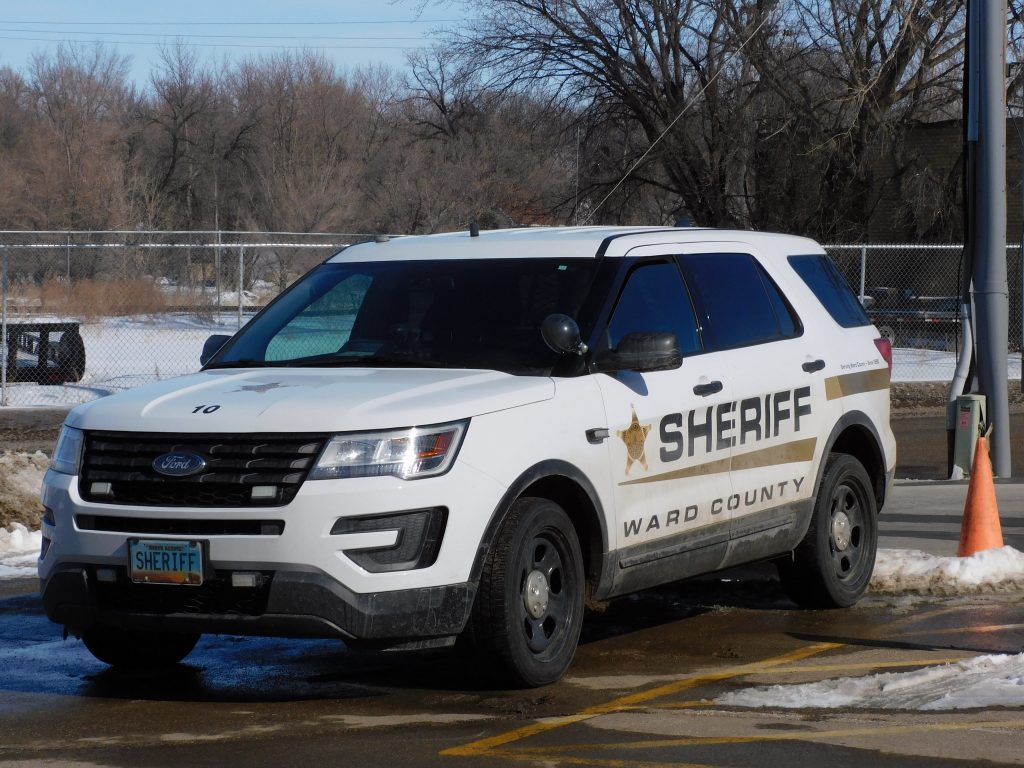 The Ward County Sheriff’s Department one of several agencies throughout the state closely watching the rapidly rising cost of gasoline and evaluating the effect of increased costs on their annual operating budget. [Photo: Kim Fundingsland/The Dakotan]

The Ward County Sheriff’s Department one of several agencies throughout the state closely watching the rapidly rising cost of gasoline and evaluating the effect of increased costs on their annual operating budget. [Photo: Kim Fundingsland/The Dakotan]

MINOT — Fuel prices have been skyrocketing in recent days, both gasoline and diesel. Gasoline is approaching $4 per gallon, straining household and business budgets alike. While motorists wrestle with spending more dollars at the pump, the increased costs are causing concern on other fronts too.

“This came on kind of quick,” said Larry Hubbard, Ward County Sheriff’s Office chief deputy. “You can’t plan for this, you really can’t.”

The Sheriff’s Department runs a fleet of patrol cruisers throughout Ward County. Dollars for fuel are estimated each year at budget time, which starts January 1. The recent spike in gasoline prices, depending on how high the price goes and for how long, can throw a wrench into a budget.

“We’re watching it as it increases. We’ll evaluate what we have with our budget and see if we need to adjust,” said Hubbard. “I imagine by the end of March we’ll have to look at what averages are this year. We’ll have to see.”

One possible fuel saving change is that officers may have to shut down their vehicles rather than letting them idle during stops. Doing so means having to restart on-board computers and such but, said, Hubbard, “All is on the table to evaluate.”


“Increased costs is definitely a concern. We’re going to be watching it,” said Dana Larsen, county engineer. “It can have an impact on the price of construction and normal operation.”

Annually, Ward County can expect to use 80-100,000 gallons of diesel fuel and about 20,000 gallons of gasoline. Exactly how much is related to, in part, the amount of snow removal that is required throughout the county each winter. A bad winter that requires additional hours to remove snow, said Larsen, can burn two to three times more fuel than a mild winter.

Increased fuel prices can also impact how much work, and what kind of work, is done on county roads during the summer season. If prices continue to rise it is possible that some paving projects will have to be delayed.

“It’s the oil that goes into the asphalt, the asphalt binder. It was $450 a ton. Now it’s $600-650,” said Larsen. “Paving costs have dramatically increased. Definitely, short term, fuel is a concern, and we’ll adjust accordingly. If it stays high we may not be able to do asphalt projects.”

Counties receive a portion of the fuel sales tax levied at the pump. It is based on per gallon usage, not the actual price of fuel. Higher gasoline prices almost always results in less miles traveled by the public, which will mean less fuel sales tax revenue for counties.

The Dakotan - We Bring You the Truth

by The Dakotan Editorial Board