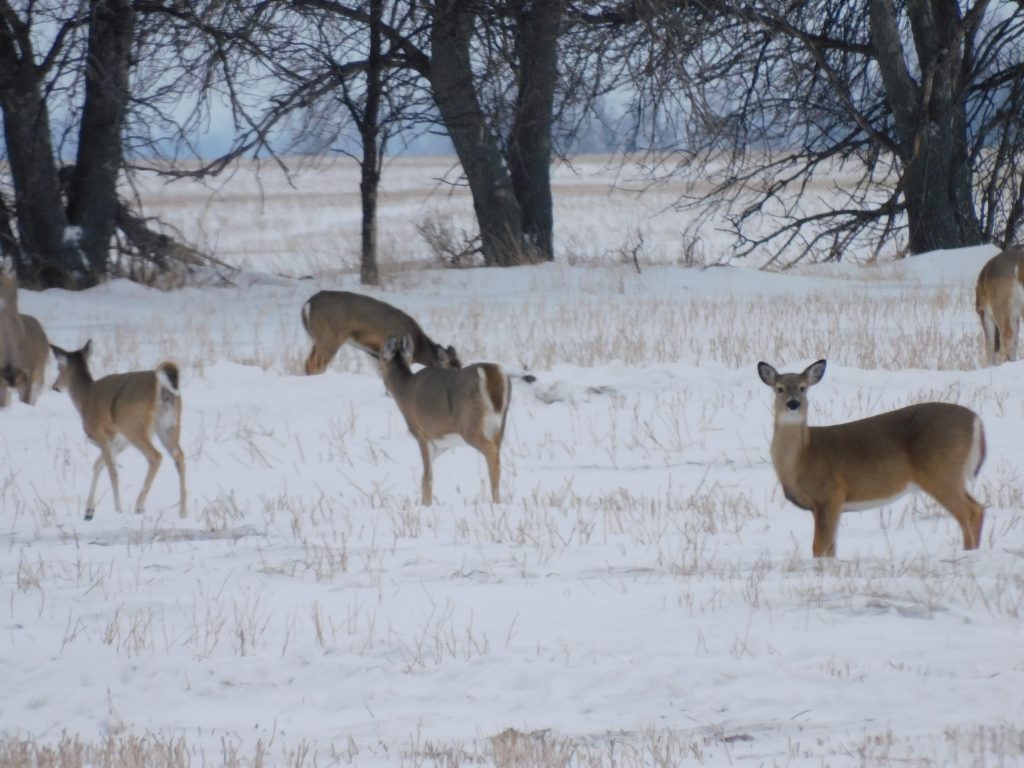 BISMARCK — Three deer hunting units have been added to the growing list of units where baiting is prohibited. Baiting restrictions now apply to most of the western half of the state and unit 2B in eastern North Dakota.

Chronic wasting disease is a fatal disease of deer in particular, but can also affect moose and elk. It causes long-term population declines. The North Dakota Game and Fish Department has been closely monitoring CWD for several years and released the results of their latest CWD testing from the 2021 deer season in late February.

Twenty-six deer tested positive during the 2021 hunting season, including single positive results in units where the disease had not been known to occur previously – 3C, 3D1, and 3E2.

According to the North Dakota Wildlife Federation, Governor Doug Burgum issued a new CWD proclamation on March 1 which expanded the ban on baiting to nearly half the state.


Charlie Bahnson, NDGF veterinarian, told NDWF that, “There’s a pretty good reason to believe that the disease is established in low prevalence. With time over a number of years, that disease will incubate and get into those low-to-mid prevalences, 5-10% prevalence. That’s cause for concern because that means you’re rapidly approaching the point where you can expect pretty significant jumps in the infection rates in subsequent years.”

CWD is spread through deer herds, primarily through close contact such as when feeding at the same location such as a bait pile. The prion which causes CWD damages deer brain tissue. The prion is a protein that is known to survive in soils for many years.

Unit 3A1 in the northwest corner of the state was of particular concern to Bahnsen. It was there that the percentage of mule deer samples with CWD jumped to 6.9%, which is considered significant.

“Our department is in a tough place where we have to look at the known disease risk and weigh that against the wishes of the hunting public,” Bahnson told NDWF. “Right now, our approach is that it makes the most sense to just do a unit-by-unit addition based off where we know the disease is, trying to balance known risk with the interests of hunters.”