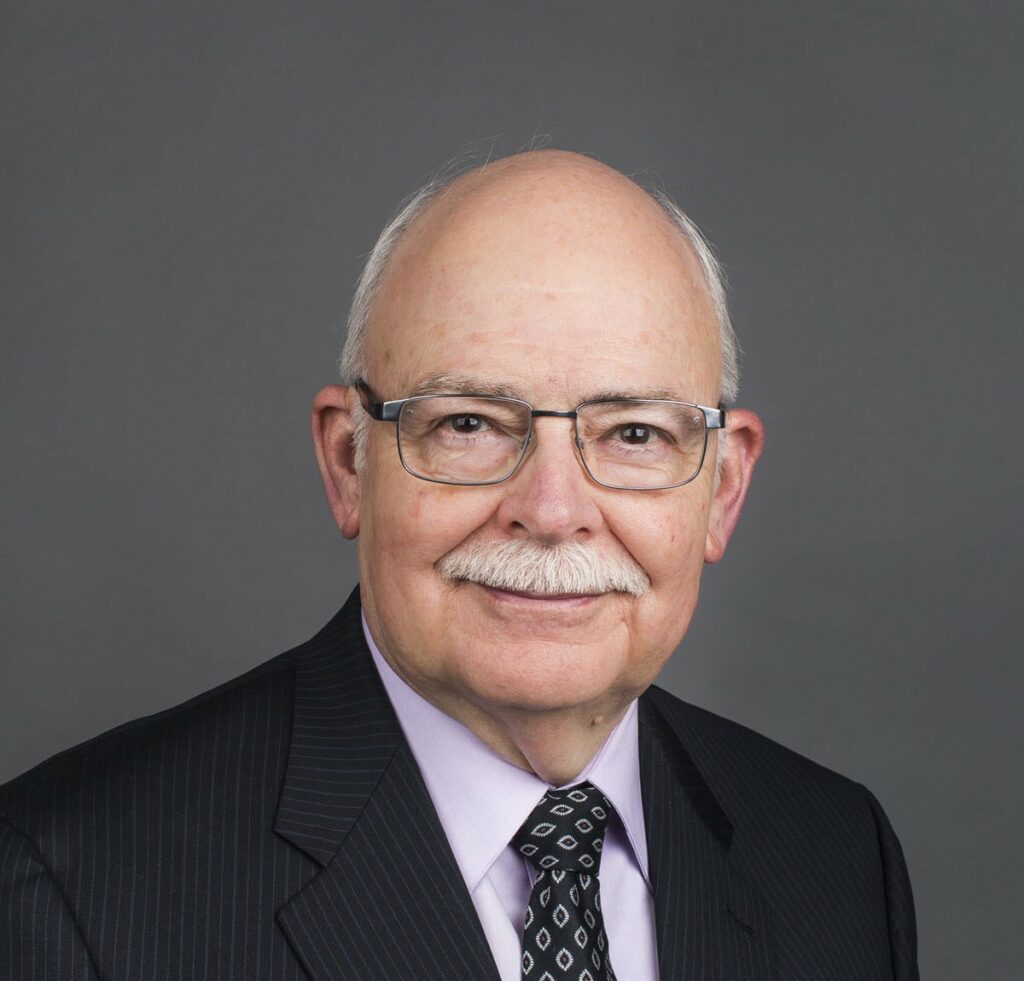 Three choices on the ballot

MINOT -- Secretary of State Al Jaeger, a Republican, is not seeking reelection. That means, for the first time in more than 30 years, someone other than Jaeger will take over the duties of North Dakota Secretary of State.

Three candidates are on the November 8 ballot. They are Republican Michael Howe, West Fargo; Democrat Jeffrey Powell, Grand Forks; and Independent Charles Tuttle, Minot. The Dakotan asked each of the candidates a few questions about the November election.

Michael Howe is a fifth-generation family farmer from Casselton. He is the managing partner of Howe Seed Farms. He has served District 22 in the North Dakota House of Representatives since 2017.

The Dakotan – Why should voters choose Michael Howe for Secretary of State?

Howe – When Secretary Jaeger announced in January, 2021 that he would not be seeking reelection, I had a lot of people reach out to me and say this is something I should consider, you have a skill set and qualities that would really lend itself to the Secretary of State’s office.

I gave it a lot of thought, from July to January to make the decision. The office is 40 different duties. Among them is chief elections officer, license every single business that comes through the state of North Dakota.

I have three main reasons for running. I want to preserve and protect North Dakota’s election integrity. I want to make North Dakota the easiest place to start a business. I want to ensure that our natural resources remains for generations to come. Those are my three points as to why I jumped in the race and I feel my skill set lends itself to doing a pretty good job at all three of those things.

The Dakotan – What do you see as the big issues facing the Secretary of State?

Howe – One that has been recurring for a decade now has been the technology and website in the Secretary of State’s office. Overall, the homepage is pretty busy. It’s very hard to find things. It’s not user friendly, I would say. That's key piece number one, making a user-friendly website that is easy for the taxpayer to use, coordinates well across the platform of state government. What I’ve heard from business owners, big and small, is that they want to see an easier to use website that’s compatible with their mobile device and different state agencies.

The Dakotan – A term limits measure is on the ballot. Your views?

Howe – I find it a little odd that it’s just for the Governor. I think we’re free of term limits across the board with the executive branch, Secretary of State included. As it relates to the legislature, eight years in the House, eight years in the Senate, that’s not a lot of time to build up knowledge and get the best government possible.

We’re a part-time legislature with a full-time bureaucracy. I don’t know if term limits is the right course of action. Again, if we are going to do term limits, why not the full executive branch? Maybe 16 years across the board.

The legislature missed an opportunity here too. People can get entrenched in the legislature, that’s a fair criticism, but we should term limit ourselves as far as chairmanship of committees. If you are House appropriations chairman, been so for a decade, you can remain on the committee but maybe pass the gavel to somebody else. The legislature could have been proactive that way.

The Dakotan – Any final comments?

Howe – I've been on the campaign trail for eight months. There’s a lot of positive momentum on our side. Response has been great in all four corners of the state, so I feel real confident that we’re well on our way to a good night on November 8.

I will be very honored and very humbled to be the next Secretary of State. I’m excited to do the work for the people of North Dakota. It’s an important job and I really appreciate a vote on November 8.

Jeffrey Powell is an educator and administrator at Mayville State University. He resides in Grand Forks. This is his first run for statewide office. Powell had an unsuccessful bid for Grand Forks city council in 2016.

The Dakotan – Why did you decide to enter the Secretary of State race and why should voters choose you in November?

Powell – I love politics. I love voting, and I love Democracy. One of the things that has been clear over the last couple of election cycles is that there are forces at work that are purposely trying to undermine people’s beliefs that Democracy is a good system, or that voting systems are secure and accurate.

I felt like I needed to step forward to make sure that people who believe in Democracy, and believe in the integrity of voting, had somebody to vote for. I think I am unique among the three of us who are running in that I am a skilled administrator, that I manage budgets on a regular basis. I have a skill set that is uniquely set to be somebody like the Secretary of State.

The Dakotan – What do you feel are issues currently faced by the Secretary of State?

Powell – I think there needs to be some clarity around the petitioning process, both for candidates and for issues. Clearly, we had one of the two measures on this ballot that went through without any issues from the Secretary of State because the group followed the protocol that had been described.

The second group, it is not yet known whether they did anything illegal, but certainly did some things that seemed unseemly to the Secretary’s office. The Secretary and the Attorney General both struck down a number of signatures which the Supreme Court overruled the appellate court and said these are legal and legitimate.

I have put out six new laws that I think would make our election system better. They are on my website at powellfornd.com.

The Dakotan – What is your position on term limits as defined in Measure No. 1?

If we believe we have people who are staying in office too long, then we need to look at how it is they managed to keep that office. Primarily, the best way to attack that is by doing something that looks like a public financing program so that the bias toward incumbents is mitigated by reducing the amount of money they have to spend and by increasing the amount of money opponents have to spend.

Powell – Charles is trying to play Michael Howe as Michael is not enough of a conservative. I think that is an interesting take on someone I think is too conservative for North Dakota.

We know that Michael, his family farm, has taken a million bucks in the six years that he’s been in office as part of farm subsidies. The guy clearly knows how to monetize his position. I think that is something Republicans are good at and I think it is something conservatives consistently do.

The Dakotan – Any final comments?

Powell – I think that what we need is, somebody in the big building in Bismarck that is a Democrat, just so all of the other officers have one person that can kind of keep an eye on whether there is shenanigans going on. I think, even if you don’t tend to vote for Democrats, I’m the right one to vote for.

I am the only candidate who wants to preserve, or even expand, our voting systems. One candidate is running on a platform to eliminate drop boxes, end mail-based voting. The other guy voted, in the legislature, for a resolution that refuses voting rights for all Americans.

I am unique among the three of us in my commitment to keeping our voting systems intact and ballots accessible to all eligible voters.

Charles Tuttle ran for election for North Dakota Superintendent of Public Instruction, losing as a write-in in the general election on November 3, 2020. Though the North Dakota Superintendent of Public Instruction position is nonpartisan, Tuttle sought the Republican Party's support in the election. He also ran an unsuccessful campaign as an independent for the U.S. House in 2018, a position won by Kelly Armstrong, R-ND.

The Dakotan – What's your view on the upcoming election?

We have a $2 ½-billion dollar surplus and climbing. We can reduce unbelievable food prices, inflation – maybe we need a food processing plant in North Dakota.

The Dakotan – Term limits is one of the issues that will go before the voters in November. Thoughts?

Tuttle – We know Governor Doug Burgum plotted and planned to get rid of term limits.

The Dakotan – But he has come out in favor of the measure.

Tuttle –That's because he is a liar.

The Dakotan – Why vote for Charles Tuttle rather than opponents Jeffrey Powell or Michael Howe?

Tuttle – Howe? They've got him hidden in the basement. He won’t come out. I’ve got a new slogan, “Let Tuttle Show You Howe”.

Our polling numbers show us that we are winning. The opposition did a text message poll. To be cute they left my name off of it. That invalidates their poll, doesn’t it? Our poll must have triggered some fear in them.

I’ve invited Howe and Powell to debate. It’s unlikely they will. Ask Charles Tuttle a question and he’ll have an answer.