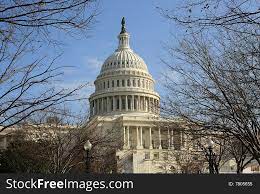 Hoeven was the choice of delegates at the state’s Republican convention, narrowly defeating Becker who made the decision to challenge Hoeven again, this time as an Independent, in the general election.

A former governor of North Dakota, Hoeven has been serving in the U.S. Senate since 2011. Becker, a plastic surgeon in Bismarck, has been a member of the North Dakota House of Representatives since 2013. Christiansen, an assistant professor in the engineering department at Jamestown University, is making her first run at elected office.

All three candidates answered a series of questions from The Dakotan.

The Dakotan – Why should people vote for John Hoeven for U.S. Senate?

Hoeven – My focus is all about what’s good for North Dakota. Our two big industries are ag and energy. I’m a leader on both.

In terms of ag, I’m the top Republican in the Senate on Ag Appropriations, second ranking Republican on the ag committee. We’re going to be writing a farm bill this year, we write one every five years. I’m going to make sure it’s done in a way that works for North Dakota. Whether it’s crop insurance or trade, the safety net, livestock programs, I’m going to make sure it’s farmer friendly. That means cut the red tape, cut the bureaucracy, and fight back on things like WOTUS. That’s our number one issue in the state.

Right behind it is energy. We’re an ag powerhouse for this country. We’re an energy powerhouse for this country. I’m a senior on the energy committee as well. I fought to make North Dakota an energy powerhouse, both as governor, and now as a senator. I’m fighting back against the Biden agenda every day, against the handcuffs Biden has put on our oil and gas producers. I’m also working very hard to make sure that our energy industry can not only continue but thrive.

A good example of that is our coal fired electric industry. We have the most advanced coal fired electric industry in the country. I’ve put programs in place, whether it’s Project Tundra, loan guarantees, and 45Q tax credit, to make sure our coal-fired electric industry can continue long into the future. Dakota Gasification Company is moving forward with it, Coal Creek’s moving forward with it, the Milt Young powerplant. Because I’ve worked with our industry, we not only are going to continue to provide that base load of electricity for the grid, which is important for North Dakota. Think of those coal miners, those small communities throughout coal country and the energy industry. It’s not only important to them, their livelihoods, their communities, their jobs, their schools, and everything else, but that energy we provide is important for our country because it’s base load electricity 24/7 that stabilizes the grid, so we don’t have blackouts and brownouts like they do in places like California and Texas.

We also need to make sure that we’re energy secure. It’s how we fight back against inflation, whether it’s fighting those supply chain issues, or making sure we have low-cost, dependable energy.

Same thing with small business. Small business is a backbone for North Dakota, for our country. That means employing more people as you help those businesses grow, like cutting the red tape, cutting the tax burden. Again that’s how we fight back against inflation.

Not only fighting back against the red tape, the bureaucracy, but it’s also working to secure the border. I just got back from my third visit to the border this year in an effort to get that border secure. It’s not defunding the police, it’s supporting our law enforcement, supporting our military, supporting our veterans, so Americans feel safer at home and abroad.

I look at that as making North Dakota common sense leadership to Washington. Not just for our state but for our country.

The Dakotan – What makes you different from the Democratic and Independent candidates?

Hoeven – In the case of the Democrat candidate, she supports the Biden agenda. It’s a big government, big tax, big spend agenda. I think that’s bad for North Dakota and bad for our country.

Take crop insurance, says he’s against it, just point blank against it, and then now he flips around and we’re not sure if he’s saying he’s for or against it. He goes back and forth. Our two biggest industries, like I detailed, are ag and energy. I’m on the ag and energy committees and doing the work I described, and he says he doesn’t care what committees he’s on. Doesn’t matter to him. So, he’s just in that mode of saying one thing and doing another. I don’t think that’s what the people want.

The Dakotan – What are your goals and main issues if you get re-elected, and do you plan to do similar or different actions than what you have done already as a senator?

The Dakotan – Why should people vote for Katrina Christiansen for the U.S. Senate?

Christiansen – I’m a problem solver. That is my career. If there is a problem, I figure out how to solve it, and incorporate a solution.

The Dakotan – What makes you different from your opponents?

Christiansen – John Hoeven has a record of pretty much, he gets elected and then he coasts. He’s not actually doing the work that senators should be doing. The pharmaceutical companies donated an amount for Hoeven to not do anything about capping insulin prices. There are so many issues across the state where I have heard from citizens, whether they’re cattle ranchers who are getting the short end of the stick when it comes to selling their cattle at the market, or with the indemnity process complex calculation following cattle losses due to weather events.

I think Rick Becker is just pandering to those who are angry. I don’t see him doing anything except creating ruckus. He’s a very personable guy, but I think all he’s going to be is loud and disgruntled and standing out but not really getting anything done.

The Dakotan – What would be your main issues and goals if you are elected?

Christiansen – The economy of North Dakota. We need to increase revenue in our ag processing sector, we need to diversify our energy sector, and we need to bring complex manufacturing to North Dakota.

I want education to be fully funded. If you have an educated workforce, you can have better paying jobs. When I say I want it fully funded, I also want people to be okay.

We have a mental health problem in North Dakota. We don’t have enough resources, and some of those resources that we do have need to be in schools. I want healthcare to be accessible and affordable. Ninety percent of North Dakota is considered rural. We have to figure out what sorts of infrastructure we can build on to provide so people aren’t traveling crazy distances, or putting their parents in nursing homes that are really far away, just making sure that people have access to the complex medical care that they need.

This is where Hoeven and Becker and I disagree. They are saying the economy or the market will take care of it. It won’t. There is no economic incentive for medical providers to be there. So, what can I do as a senator to make sure those services are there?

The Dakotan – Would there need to be an increase of taxes in order to provide all of this infrastructure and these resources?

Christiansen – I’m not necessarily advocating for an increase in taxes. The federal government already has revenue. We certainly know there’s a way to move revenue streams around that we can use for infrastructure in our rural communities. I’m the optimist in this race. We can grow. We can do better. We can be brighter.

The Dakotan – How would you characterize your political stance?

The choice that I’ve created with this campaign is the choice for people to not just vote the status quo and voted for a Republican who is going to do the same old, same old that we see with career politicians, but someone who is actually going to go in and fight for the principles of limited government and conservatism.

The Dakotan – What do you view as the difference between the candidates?

Becker – It's just a natural thing. I just am who I am. The last 10 years as a state legislator, I’ve been a pretty steadfast, stick to the principles kind of conservative. I’ve always put principles above party. For those reasons I do get headlines, both positive and negative, but I’m viewed as causing some friction within the Republican party. Frankly, that friction, I think, is good.

It’s beneficial because that conflict holds people accountable. In my case, holding Republicans accountable such that they should adhere to the platform they say they believe in. It’s not taking advantage of an opening.

If John Hoeven were a conservative, I wouldn’t be running. There wouldn’t be a need to. We’d have a guy who would be doing the right thing. The fact that he is kind of the big government, big spending Republican, that’s the exact reason America is in the situation it’s in. It’s simply that void that simply beckoned me to get into the race.

The Dakotan – You are aware that an independent winning such a race is a rare thing?

Becker – Extremely rare. I did not make the decision based on the likelihood of winning. I based it on, in my gut, it was the thing I had to do, a necessary thing. For the voters to only have a choice between a big spending Republican and a big spending Democrat, that was just intolerable.

The Dakotan – Why should voters choose Becker over Hoeven or Christiansen?

Becker – My candidacy is the only one that offers people a choice for true conservatism, someone who will actually go in there and fight. That's exactly what we need.

John Hoeven has been a go along, get along, big spender, corporate welfare-type of Republican. That's who he is, through and through. That's not name calling as it is providing an appropriate description on his very lengthy and extensive voting record.

My candidacy offers people a choice to say we’re done with that. We want someone who is going to fight against the Biden agenda, against this socialist, Marxist agenda of wokeism. We just do not have that.

Really, by his own rhetoric, what John Hoeven is all about is bringing home the bacon for special interest groups. That's what he’s about, period. If that’s what people are going to vote for there’s no way we can save America.

He’s had the opportunity and he’s failed. A leopard doesn’t change his spots.

The Dakotan – What do you feel is the key to winning this campaign?

Becker – We have to reach the voters who are not yet aware of the candidates and what they represent. My campaign is a grassroots campaign. I don’t have $5 million to spend on this race like John Hoeven, but what I have is people who are passionate about these principles. That's another distinction, the degree of passion and enthusiasm amongst our supporters.

What I have is people that are activated. They've never been political before, but they see the road we’re going down and they are concerned for their children's future, and they’ve become politically active. They are passionate and enthusiastic.