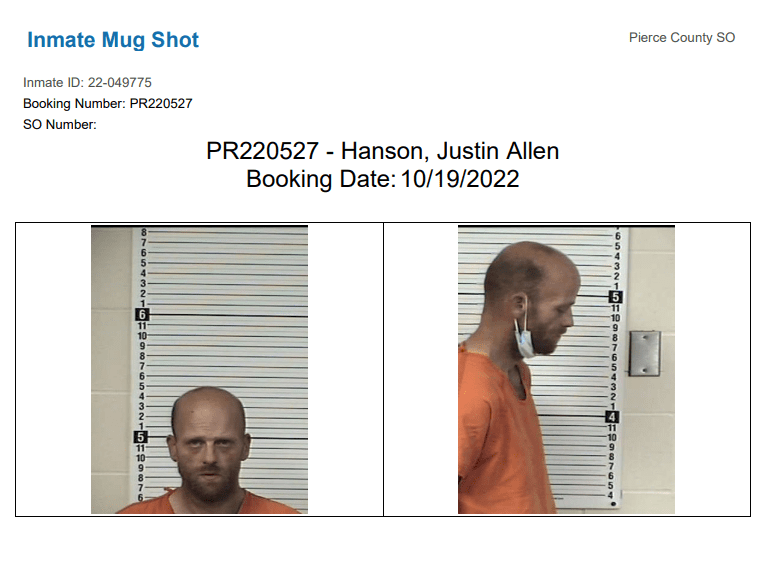 TOWNER – A man who set multiple fires from Minot to Bottineau Wednesday may have caused hundreds of thousands of dollars worth of property damage, says McHenry County Sheriff Trey Skager.

Skager said though fire departments involved are still in the process of locating all the fire scenes, he believes there were a dozen or more fires in Bottineau and McHenry County.

“By the time we get the unharvested fields that were burnt, farm equipment was burnt,” said Skager. “We had one unoccupied house that was burnt. One patrol car out of Bottineau County was burnt in the situation. Nobody was hurt. The suspect was treated and released. He’s in jail in Rugby.”

Arrested and charged with 11 felonies and one misdemeanor was Justin Hanson, 42, Minot. Hanson is scheduled to make an initial appearance Friday morning before Judicial Officer Michael Hurly in Towner.

The fires started around 1:30 p.m. Wednesday, and Skager said those involved in controlling the fires remained in the fields at 2:30 a.m. Thursday. Skager believes they will be working until sundown, though much of the fires is contained.

“In the open country there were some big trees that caught on fire, they were babysitting a few of them,” said Skager. “The house was still burning this morning.”

Skager said there is no known motive for the burning.

The Bottineau County Sheriff’s Office, North Dakota Game and Fish, North Dakota Patrol and Probation, and the U.S. Border Patrol assisted in taking the subject into custody. Volunteer firefighters that assisted were from the Upham, Glenburn, Maxbass, Newburg, Kramer, and Lansford fire departments, and ambulance crews from Lansford and Upham. There were three pilots who assisted in locating the subject.