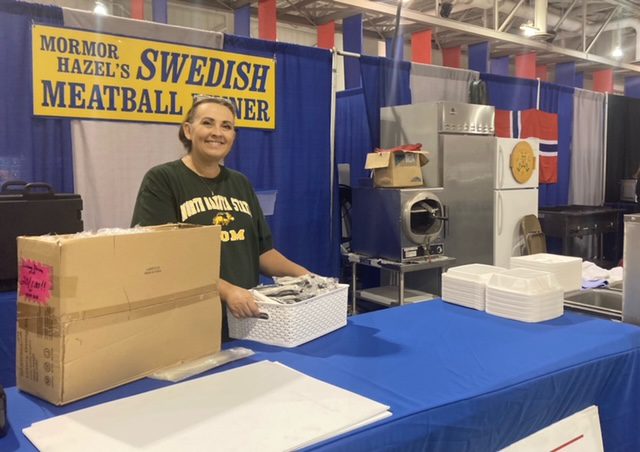 MINOT – Lefse was ready to cook, and meatballs were ready to steam Tuesday at the North Dakota State Fair Center as vendors set up their booths for the 2022 Norsk Hostfest.

Kasha Nels, Minot, said she has been setting up her and her family’s Mormor Hazel’s Swedish Meatball Dinner booth at the Hostfest for over 40 years.

“We’re excited to be back after a long hiatus,” said Nels.

“We have a booth at the North Dakota State Fair, not selling this stuff,” Nels laughed. “And we do this.”

Nels said it takes them a long time to set up.

“It’s several days of hauling out equipment and figuring out the set up,” said Nels.

This year is even more difficult, says Nels, as everything is new for the family’s meatball booth this year, including their spot and their location.

“It’s been a little bit of a process figuring out the new stuff,” said Nels. “We’d been in the same spot for probably 30 years.”