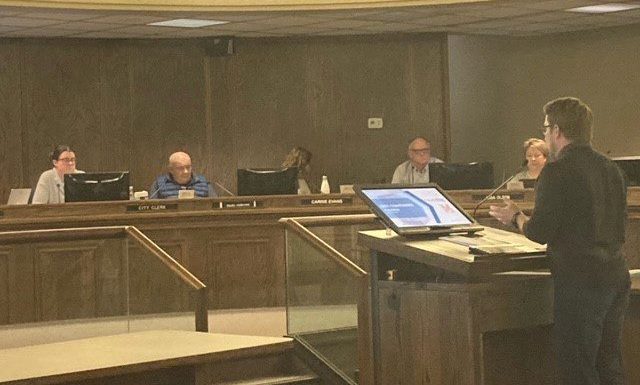 MINOT — Much discussion and some disagreement was had at the lengthy Minot City Council meeting on Monday.

City council members and county commissioner had a long discussion on the Tax Increment Financing (TIF) that EPIC requested for the Big M building. However, nothing changed on the matter.

City council then approved a Magic Fund grant for the Souris Basin Planning Council to fund the Business Accelerator Fund on Monday.

The city council had approved a grant of $1 million to Souris Basin for 2019 and 2020, which would be a revolving loan fund. The fund was extended through 2022.

Souris Basin has now requested $2 million, but due to limits in the Magic Fund Guidelines, the city council approved $780,000.

“Individual borrower who applies to this program will receive interest buydown on their loan,” said Jersey Benson, vice president of Commercial Lender First Western Bank and Trust, in a video presented to the city council. “The only way that this occurs is when the community that the borrower’s in has a program available for them to receive those dollars to buy down the interest.”

“Because Souris Basin is here, because of this Business Accelerator Fund, we can have access to these matching funds through the bank of North Dakota,” said Travis Gerjets, co-owner of Prairie Sky Breads, in the video.

Since no one brought any opposition, the city council unanimously approved the grant.

Alderwoman Lisa Olson made motion to remove the Anne Street Bridge project from the Capital Improvement Plan (CIP), but the motion failed in a vote of four to three, with Mayor Shaun Sipma and Alderman Mark Jantzer voting with her.

Another action the council took was the rewriting of in the Code of Ordinances, Chapter 28.

The change included regulation by no longer allowing property owners to install their own sidewalks without working under a licensed contractor, clarification on the city’s ability to revoke permits, testing fees for trenches, a 40 feet limit to future residential driveways, and the requirement to remove unused driveways.

Alderman Stephan Podrygula brought up concern of the city being able to revoke permits from the gathering of people.

“I have no problem at all with requiring citizens to notify the government of any planned protest or activity,” Podrygula replied. “What concerns me, however, is the idea that the government has a right to control protests and demonstrations. It may seem far-fetched in Minot, North Dakota right now, but to me that’s a pretty significant issue and I’m concerned about that, like how I was concerned about us using drones for law enforcement in emergency services.”

“The permitting is largely used for awareness, so that we’re aware of what events are taking place in the city,” Chief of Police John Klug said in response. “In my history we’ve never denied a permit on the Police Department’s behalf. There is the possibility there, but it would take a lot for us to get to that point. We allow their first amendment right so we don’t encroach on that, but we are aware that we can focus on that area with police presence if needed.”

With no other opposition, the council voted six to one to approve the first reading of the updated chapter and its new regulations. A vote on the second reading will be held at the next city council meeting on May 16, 2022. More information can be found here.