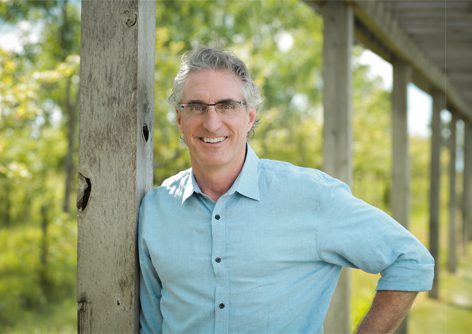 BISMARCK (AP) — Gov. Doug Burgum on Wednesday proposed eliminating state income taxes for lower-earning North Dakotans while shrinking them for higher earners to a small flat tax, which he said would save taxpayers about $250 million annually.

Flanked by Republican lawmakers and other state officials at the state Capitol, Burgum touted the proposal as an economy-driver and an inflation relief package that will be considered by the Legislature when it reconvenes in January. A draft of the bill and a complete list of sponsors was not available.

Under the plan, income tax would be eliminated for people with an adjusted gross income of $54,725 or less. That's about 388,000 people, or about 60% of the state's taxpayers, Burgum said. Those with higher incomes would pay a flat 1.5% tax.

North Dakota's income tax currently has five brackets, with a top rate of 2.9%.

The state's financial reserves are flush with cash and far ahead of forecasts due to strong oil prices, steady production and an influx of federal coronavirus relief funds. The state's general fund, which is financed mostly by taxes on income, sales and energy. is projected to have an ending balance of $684 million when the current budget cycle ends in June 2023.

Burgum said the income tax reduction was a way to return some of North Dakota's budget surplus to taxpayers instead of stockpiling it.

The tactic by the second-term Republican governor to include lawmakers in the proposal comes after he asked North Dakotans last year to sign a petition endorsing his plan to use some of the state's bulging surpluses to offset income taxes. The unorthodox move was perceived as an end-run around the GOP-led Legislature, which controls government spending and initially signaled no appetite for the idea.

In the end, the Legislature approved a bill to provide a $350 income tax credit for each North Dakota resident filing a return for 2021 and 2022. Burgum signed the legislation despite pushing for his preferred $500 income tax credit.

Legislative budget writers estimated the loss of revenue from the proposed tax cuts will be $211 million for the two years the legislation covers. The proposal, if adopted, would not take effect until the 2023 tax year.

The idea is far from a done deal, based on the history of the Legislature. Lawmakers have defeated several attempts over the years to eliminate state income tax. The Legislature has raised income taxes in lean times, including during the 1980s when oil and crop prices nose-dived and left the Legislature scrambling for revenue.

North Dakota voters have shown little will for cutting income taxes in the past. They defeated a ballot measure in 2008 to slash individual income tax rates by 50%.