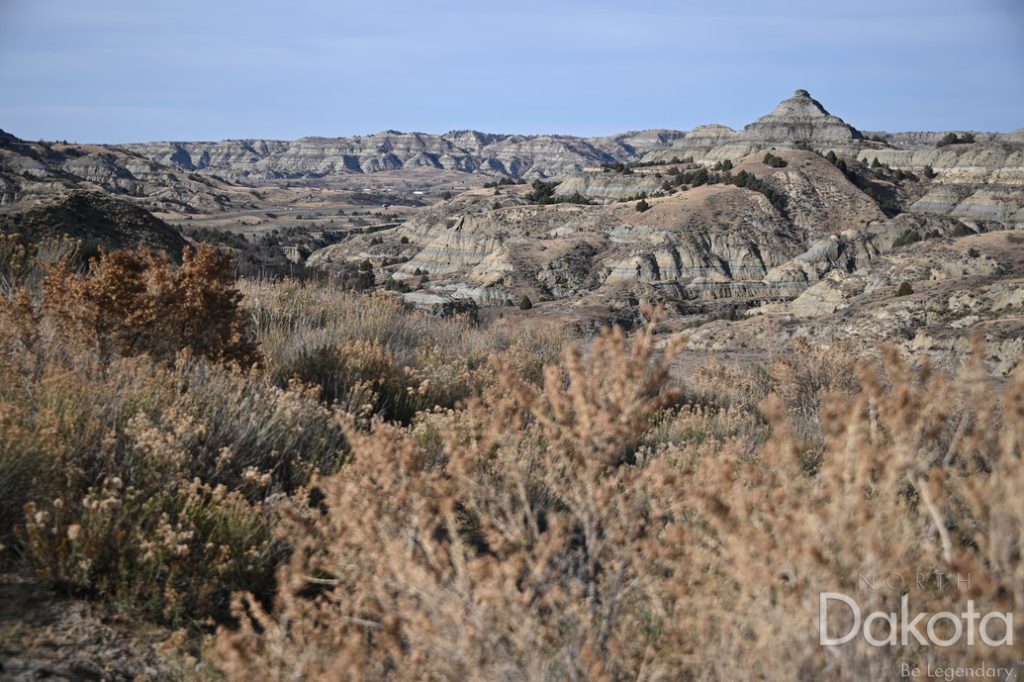 WATFORD CITY – What was found remains a mystery, but there were several agencies involved. Numerous law enforcement vehicles converged Wednesday on Badlands terrain adjacent to the North Unit of Theodore Roosevelt National Park.

The area where various agencies were conducting an extensive search is west of the Civilian Conservation Corps campground, which is located atop a massive butte across the valley to the south of the National Park entrance. Yellow Bird-Chase knows the area well. She’s been searching for a body there for several years.

“KC Clarke went missing on February 12, 2012. He was murdered about 11 o’clock a.m. that day near Mandaree,” said Yellow Bird-Chase. “He was murdered on former tribal chairman Tex Hall’s property.”

Yellow Bird-Chase was the inspiration for a book authored by Sierra Crane Murdoch on the KC Clarke murder and disappearance – Yellowbird. It has been widely acclaimed, including being named one of the best books of the year by the New York Times Book Review. Yellowbird is in development as a Paramount+ original series.

Kristopher Clarke, then 29, is believed to be one of four men that were on a list of murder-for-hire by James Henrikson. In May 2016, Henrikson confessed to having hired a person to kill Clarke and another business rival. Clarke’s remains have never been found.

“I’ve been doing searches up there for at least nine of the last 10 years,” said Yellow Bird-Chase. “Exactly that area. I was drawn there. I don’t know why. That’s the spiritual portion of what I do. This has been a lifetime commitment for me.”

Yellow Bird-Chase, a former welder, is the creator of Sanish Scouts, an organization dedicated to finding missing people.

“It’s all I do now. I was just a dirty welder. This has changed the course of my life,” explained Yellow Bird-Chase.

Henrikson is serving two life sentences in a Washington prison. He also was responsible for the murder of Doug Carlisle in Spokane, Washington.

Authorities have been tight-lipped about what they were doing in the Badlands area, or what they may have found. Neither are they saying what prompted them to scour the area.

Logan Kostalecky rents land in the search location and is acquainted with other landowners in the area.

“One guy said he’d seen a bunch of cop cars up there. Another said the sheriff called him to get access to his land,” said Kostalecky. “Another said he was told, and I don’t know for sure, that someone in jail gave them a tip that there was maybe a missing body or more evidence up there.”

Although it has not been confirmed by The Dakotan, one landowner was reportedly told the search teams found a single bone and sent that bone to the State Laboratory in Bismarck for identification. It was not known if the bone, or bone fragment, was animal or human.

“It could be a million things,” said Kostalecky.

Yellow Bird-Chase is keenly watching developments, hoping that the lengthy search for Kristopher Clarke may finally be coming to an end.

“It means he gets to go home. His family has been waiting. They deserve closure,” said Yellow Bird-Chase.