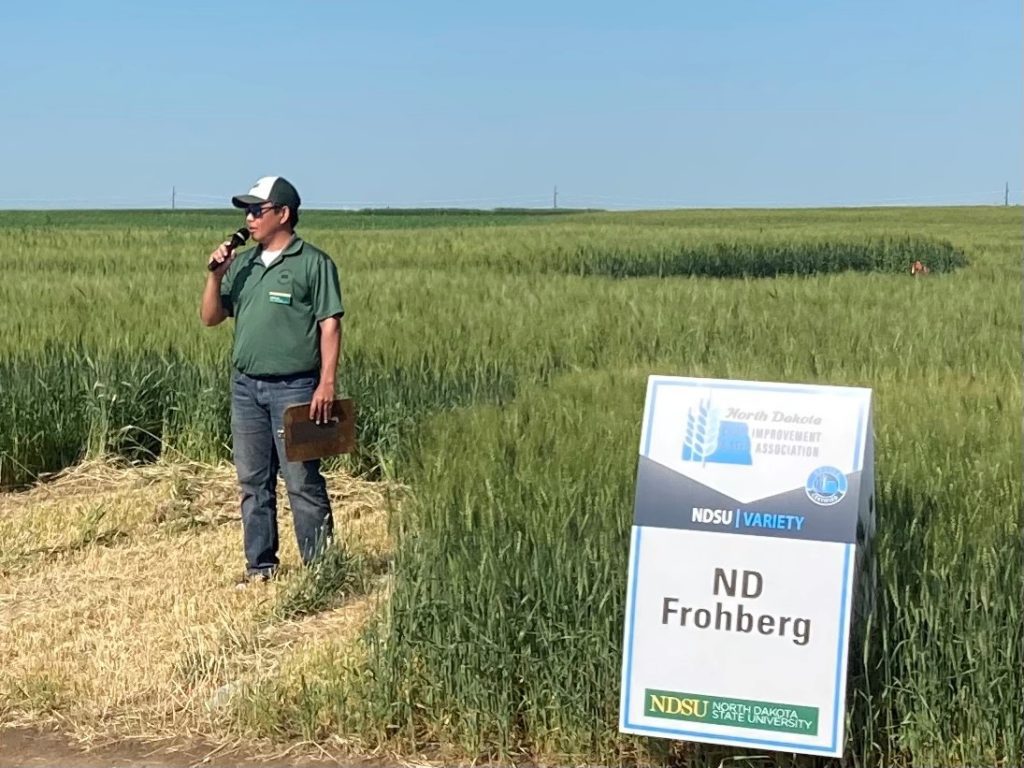 MINOT – Plants can be used for many purposes. One plant, lentils, make for a healthy meal, full of iron and fiber.

Lim said when it comes to chickpeas, the label says a person can spray up to 24 ounces of TOUGH, and anything less would probably equal less weed control.

“But in the supplemental label in lentils, it says you can only apply six to twenty ounces,” Lim described. “So that’s where the conundrum is at.”

The label for lentils also allows the mixing of metribuzin with TOUGH, but according to Lim it does not specify how much metribuzin to apply.

“Those sprayed with TOUGH have cleaner lentils,” said Lim. “But with seven ounces of TOUGH and two ounces of metribuzin, there’s a clear reduction in the stands.”

Lim gained this research from an experiment where TOUGH was applied by itself to a certain group of lentils, and TOUGH with metribuzin to another group of lentils. Lim saw better weed control with 12 ounces of TOUGH on its own.

“We’ve seen in the field that seven ounces of tough plus two ounces of metribuzin we did not get control in the buckwheat, Kochia, and lamb’s quarters,” said Lim. “But farmer’s practice would say you should apply metribuzin when lentils are at two inches so as to minimize crop response as well as better weed control.”

Brian Jenks, a weed specialist from the North Central Research Extension Center in Minot, said his recommendation is to only spray TOUGH on a small area of lentils if one is to apply it on lentils.

“It’s going to ding them up,” said Jenks. “If you put the metribuzin with it, I can show you what the injury looks like and it’s not pretty.”

For the Farmer: Family Farm Commo