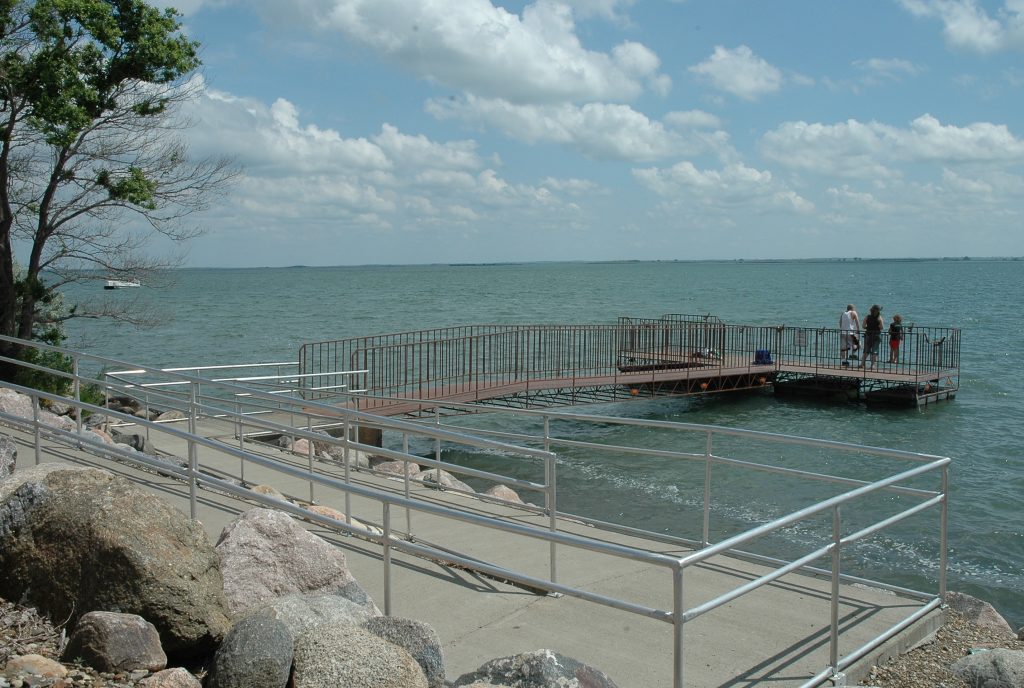 Pardon the pun, but with summer temperatures heating up as we head at lightning speed into August, this week’s burning question will be “Where did June and July go?”

It means we blinked and darn near missed summer. It also means that if we blink again we’ll be fully entrenched in autumn and a rapidly approaching winter.

But fear not, autumn won’t officially start for darn near two months so we really do have some summer to squeeze in yet.

Speaking of Lake Sakakawea, Fort Stevenson State Park doesn’t let a little thing like the waning weeks of summer deter it from hosting activities and events. The park salutes the end of July with the Club de Skinautique Water Ski Show at 5 p.m. on July 30. A lighted boat parade follows in the evening. Ski club members from North Dakota and Canada will showcase their amazing talents during the free show. Like the water ski show, the boat parade is also free.

The park is located three miles south of Garrison.

Heading south in August – but not too far – the 150-year anniversary of Fort Lincoln will be celebrated Aug. 12 through 14 at Fort Abraham Lincoln State Park near Mandan. Living historians and re-enactors will bring 6th U.S. Infantry, Co. B soldiers to life that weekend, honoring the men who built the fort in 1872 and into 1873 along the fort’s history.

Fort Lincoln was an active military fort until 1891. Pres. Theodore Roosevelt signed the deed to the fort’s land over to the State of North Dakota in 1907 and it would become Fort Abraham Lincoln State Park.

The fort is best known as the location where one of its commanders, Lt. Col. George A. Custer, and his men departed in 1876, heading west and smack into the Battle of the Little Bighorn in Montana.

Back up on Lake Sakakawea, folks participating in the N.D. Parks and Recreation Department’s 12 Months – 12 Hikes Challenge should check out Fort Stevenson State Park Aug. 20. The park’s hike series continues that evening with the third of the park’s four Evening Hike Series taking place on one of the Challenge’s qualifying trails.

Dubbed the Sensory Hike participants can meet at the Visitor Center for the 9:30 p.m. hike, which provides opportunities to heighten one’s nocturnal senses. Anyone can join in the hike – it’s not just for 12 Months – 12 Hikes Challenge participants.

Daily entrance fees to all N.D. Parks and Recreation Department state parks are $7 or vehicles can simply display their annual pass. North Dakota’s other state parks are also open for

camping and recreational activities through August and into September before winterizing for the coming cold weather ahead.

August is still a good time to head to western North Dakota’s Maah-Daah-Hey Trail and its eight additional trail units. The Maah-Daah-Hey itself is a total of 144 miles long with the other trails ranging in length from a short 0.3 to 18.9 miles.

And finally, with summer winding down, it doesn’t always have to mean trying to cram a bunch of activities into a short period of time.

Sometimes appreciating the last days of summer can be doing something simple…relaxing…sitting in the cool shade of a tree with these words resonating in one’s mind: “Today is a good day to read a book”

It’s still summer, after all.