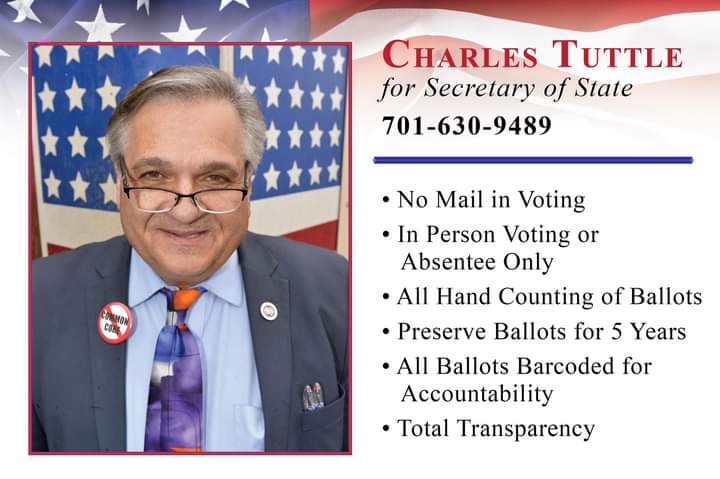 BISMARCK – A Minot man who carries the title of a government watchdog, has submitted petitions in the capital for the purpose of getting his name on the November general election ballot for the office of Secretary of State.

Charles Tuttle says he submitted more than the required one-thousand signatures to be placed on the ballot and intends to submit more in the near future as insurance against signatures being rejected by the Secretary of State’s office.

Tuttle has been involved in numerous petition drives over several years, in North Dakota and elsewhere. Recently he was instrumental in obtaining signatures for the purpose of getting an initiated term limits measure on the ballot. Although far more than the required number of signatures was submitted to the Secretary of State, approximately 29,000 were tossed out. The remaining signatures were not enough to allow the term limits measure on the ballot.

Earlier this month the North Dakota Term Limits Committee filed a lawsuit against Secretary of State Alvin Jaeger regarding the disqualification of the signatures, which the committee contends “substantially complied” with petition requirements.

The same day as the lawsuit was filed agents of the Bureau of Criminal Investigation served a search warrant at Tuttle’s Minot residence. Agents were seeking timecards of petition signature workers. Tuttle was cooperative in the search.