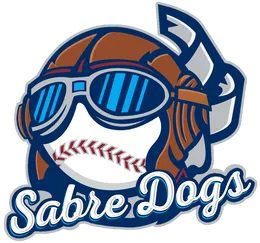 MINOT – The dog days of summer are no more for the Souris Valley Sabre Dogs, Minot’s team in the now defunct Expedition League.

The Sabre Dogs finished their season with a remarkable 33-2 record and a league championship series win at Pierre, S. Dak., the only other remaining team in the league after Grand Forks abruptly sent their players home on June 29 and Northern Iowa followed suit.

The Sabre Dogs cancelled the final 20 games on their schedule, many of which were scheduled to play at Minot’s Corbett Field. The league’s all-star game was also scrubbed.

The Expedition League was comprised of college age baseball players who are billeted at homes in their host communities. This year was the final year of a five-year contract the Sabre Dogs signed with Minot Parks for the use of Corbett Field.

“The Sabre Dogs provided fun entertainment. It’s unfortunate how it ended,” said Perry Olson, Minot Park Board. “But I’m excited for the future. I think it could be good.”

Minot Parks have already agreed to a 10-year Corbett Field lease with a new entrant into the Northwoods League, another college-age circuit.

“They’ve been around for 30 years. There’s great history there,” said Olson. “The Bismarck Larks are in it and they have been very successful.”

Bismarck plays in the Great Plains Division of the 22 team Northwoods League. It is the only team located in North Dakota. Other teams in the division are Thunder Bay, Ontario; Waterloo, Iowa; Eau Claire and La Crosse, Wisc.; and Minnesota teams Duluth, St. Cloud, Willmar, Mankato, and Rochester. The league’s Great Lake Division is comprised primarily of teams in Wisconsin and Michigan.